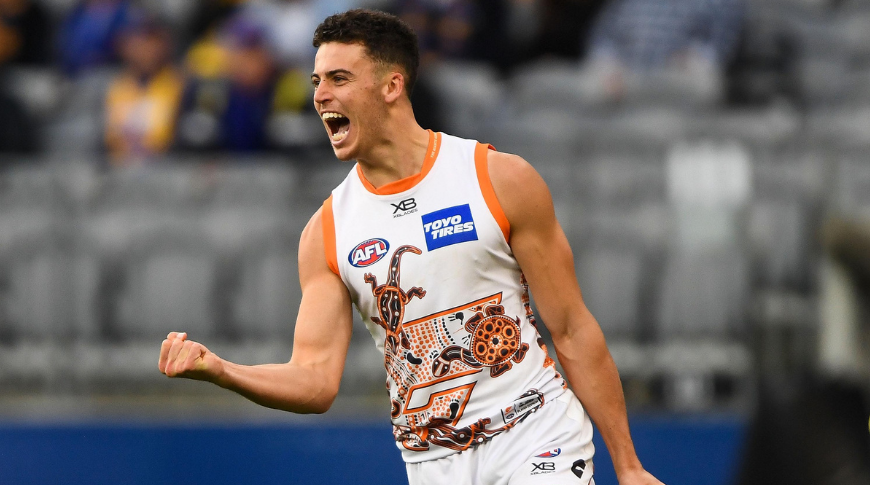 Former St Bernard’s junior Jake Riccardi has claimed the Round 14 NAB AFL Rising Star nomination after a breakout performance against Fremantle on Saturday.

Riccardi kicked four goals in his second game for the Giants.

The key forward also had 12 disposals and nine marks in their 38-point win over the Dockers at Optus Stadium.

Riccardi was taken with pick No.51 at last year’s Draft having previously been overlooked.

In his debut he kicked two goals from 16 disposals.

Giants coach Leon Cameron was full of praise for the work of his recruiting team as well as how well Riccardi has adapted to the AFL.

“He’s a terrific young kid who’s come a long way in a short period of time,” he said.

“He’s got a huge motor, he’s got a few tricks and some forward nous and when you can do that over and over again it makes it hard to defend.

“He’s going to have his ups and downs, but he’s hit the ground running in the last fortnight and his enthusiasm is infectious.”