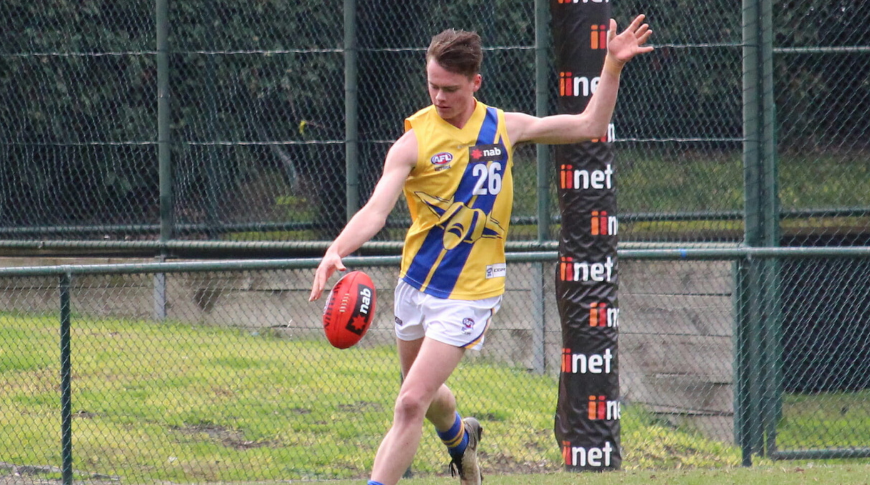 The Western Bulldogs have selected Caroline Springs young gun Cody Raak as Category B Rookie ahead of the 2022 season.

Raak, who missed out on selection in last year’s NAB AFL Draft, impressed this season with the Western Jets and Footscray in the VFL, earning an opportunity at the elite level.

The 19-year-old has played eight senior games with the Lakers over the past few seasons and as a junior also represented the WRFL at Junior Interleague.

“Standing at 191cms, Raak’s prowess is his ability to read the play, make sound decisions and deliver with impressive accuracy,” the Western Bulldogs website said.

Raak follows Buku Khamis from St Albans who was also a part of the Bulldogs’ Next Generation Academy who went on to be selected by the club as a rookie.