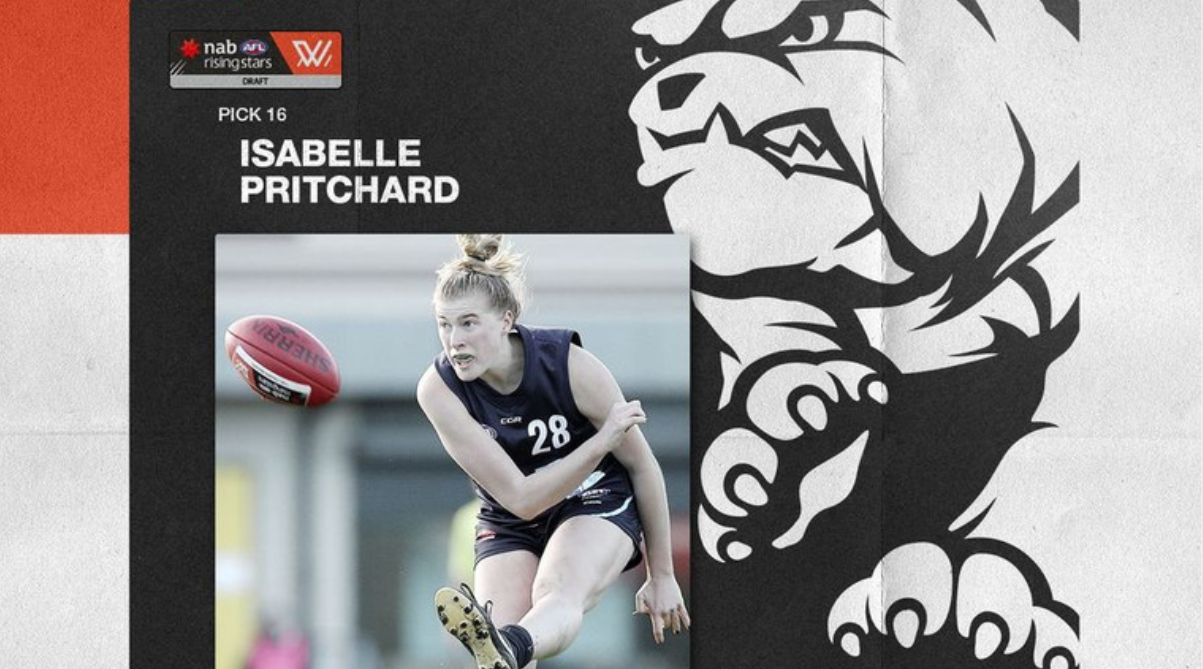 The 18-year-old averaged 22 disposals and seven tackles per game in the three NAB League games played earlier this year.

“Issy is a strong, versatile footballer who has proven her ability to play down back and in the midfield over the last couple of years,” said Bulldogs’ AFLW Head of List Management & Recruiting, Mick Sandry.

“Her ability to read the ball in the air is elite, and she is a strong overhead mark.

“She is an outstanding character, and is an extremely hard worker.  She is hard at the football, and has a never-say-die attitude.”

She has won three junior premierships and represented the WRFL on two occasions.

AFL Media journalist and Draft expert Sarah Black describes Pritchard as “a key defender with the capability to push higher up the ground.”

“Pritchard isn’t the most experienced player but has improved at a rapid rate,” she said.

Pritchard is a strong mark overhead and relishes one-on-one contests.  She’s tough and tenacious and reads the ball well in the air.”