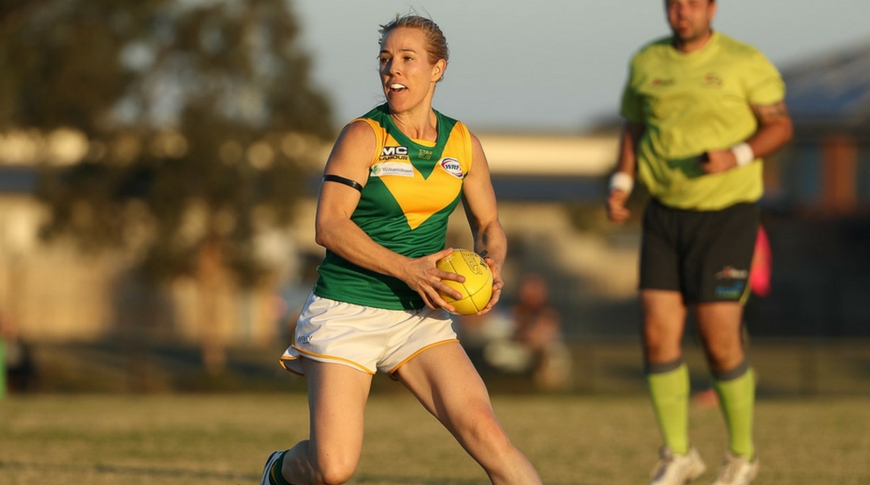 Round 3 of the Victoria University Senior Women’s competition got underway with a Friday night match under lights on North Sunshine’s home turf, it was Caroline Springs who took home the four points in a truly convincing manner.

The visitors had a total of 11 goal scorers, but it was Caitlin Pretty who had another standout goal kicking performance, getting 18 of the 32 goals for her side.

In another blow-out match, ladder-leaders Manor Lakes were able to keep Werribee Centrals scoreless, as they kicked a total of 28 goals.

Kellee McIntosh and Cara Dunshea were dangerous in the forward line, as McIntosh kicked another 10 goals and Dunshea kicked four. The scoreboard pressure was too much for the visitors, and they were evidently beaten by an opposition that was just much stronger.

Tarneit hosted West Footscray this week, managing to snag the four points in an evenly matched and well contested game. Both sides were playing hard footy and putting on really strong pressure.

Madeline Johnson was hard to beat inside 50, as she booted two goals to get her side over the line. West Footscray are still yet to get register a win, but this week scored their first goals for the season and proved themselves to be a united force.

Spotswood have taken the four points after a resounding win against Laverton, having kept the home side scoreless until the third quarter.

Lauren Dundon had an absolute day out kicking five goals and being a really strong force within the forward line.