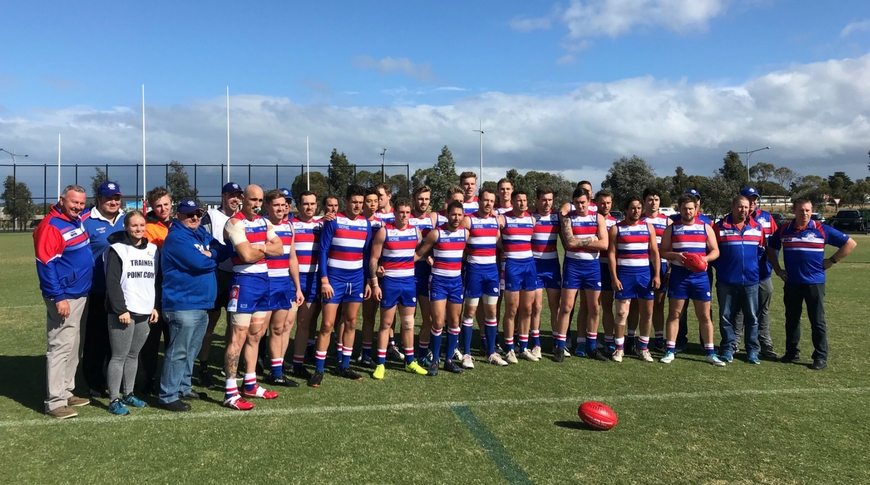 POINT Cook got their WRFL Senior campaign off to the best possible start, with the Bulldogs defeating the Storm in Round 1 Division 2 action.

Point Cook moved into the Division 2 competition after deciding to leave the VAFA last season.

The Storm led by 11-points at the main break, but couldn’t hold on to their slim lead.

The Bulldogs kicked seven goals to two in the second half to steal the lead and score an important Round 1 win in tricky conditions.

For Manor Lakes Jesse Shell was among the best.

The Storm will look to bounce back against North Footscray this weekend, who also suffered a first round loss.

The Devils took on the Yarraville Seddon Eagles in what was a Grand Final re-match at Hansen Reserve.

The Eagles led from start to finish, scoring an 18-point victory against their rivals.

Corey Salvador was the difference, he kicked five goals for Yarraville Seddon.

Despite the loss, Tyren Montebruno picked up from where he left off last season, kicking three goals for the Devils.

Albanvale led by nine-points at quarter time, but that was as close as they got to the Magpies, who pilled on 14 goals to two in the final three quarters.

In the final game of Round 1, the Roosters scored a 63-point win over Newport Power at Shorten Reserve.

Kamtorn Kenny-Jones kicked four goals in the win while Leroy Hollingsworth was best on ground.

West Footscray will look to make it two from two when they take on Albanvale this Saturday. Newport Power will take on Point Cook at Bryan Martyn Oval.