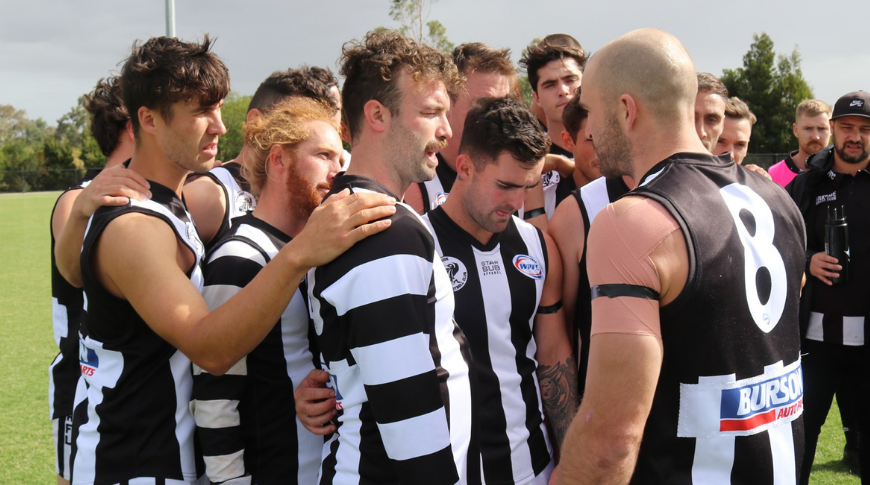 It was wet. It was windy. But it mattered little as football was back.

In the first games for competition points in more than 18 months, Parkside had the weekend’s most impressive performance with a 34-point win against 2019 grand finalists Wyndhamvale.

The Falcons got the jump early with a two goal to one opening term, but it was the Magpies who had the ascendency after the first break.

The poor conditions affected both sides, but Parkside responded best, five unanswered goals over the second and third quarters all but sealing a tremendous season opening away win.

Wyndhamvale will look to bounce back in Round 2 when they host Albion while Parkside are on the road again facing Point Cook Centrals.

Mustafa Mesto led his side with three goals as the home side had a balanced attack with nine different players recording a major in the 25-point victory. A clash with North Footscray awaits them this week with the Roosters hosting Glen Orden.

Serafino Crea’s four goals tied the entire Centrals output as the visitors were held scoreless in the first term, helping them to finish the round on top of the ladder.

North Footscray’s total team effort saw it lead at each break in its 20-point win against Albion.

The Devils win was their first win against Albion since 1992 and their first at JR Parsons Reserve since 1991.