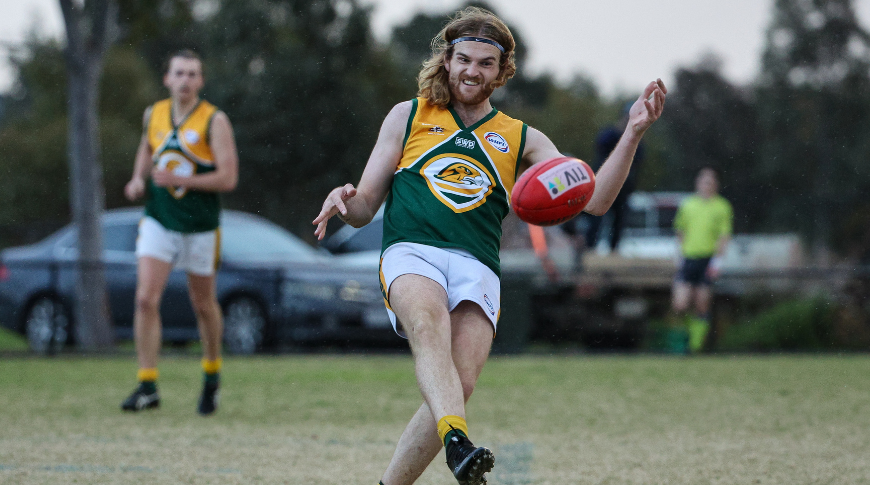 Grit and remarkably straight kicking saw Parkside hold off a challenging North Footscray side in Round 11 of the WRFL’s Division 2 Seniors competition, while Wyndhamvale leapt into the top four with a win over Albion.

The Magpies’ spot in second was under threat by North Footscray, with the Round 11 clash shaping as an ‘eight-point game’ – should the Devils have won, they would jump into equal-second, behind the Magpies on percentage.

Parkside kicked eight goals straight in the opening half at Henry Turner Reserve in a near point-less half of football – North Footscray kicked three goals and an aesthetic-ruining singular behind to the main break.

But despite the continued hot form of Jack Cairns, assisted handily by Connor Roach and ruckman Jordan Eitler, the Devils left their run too late, losing 11.6. (72) to 8.5. (53).

The Magpies are now two games clear in second place.

Wyndhamvale replaced Newport in the top four with an impressive second-half fightback against Albion, winning 12.9 (81) to 9.11 (65) at home.

The Cats led by 17-points at the half, with Ben Doll and Ken Dongrin (both with three goals) causing headaches.

Albion would only manage three more majors for the match however, with Liam Scarborough and Jesse Shell (three goals) dragging their side back into the match, piling on six goals to nothing in the third term and holding fast for an important 16-point win.

Newport’s collapse against the ladder-leading Point Cook Centrals has seen the Falcons move into fourth on percentage, with both Newport and Wyndhamvale on five wins.

The Sharks leapt from the gates at Featherbrook Reserve, building a nine-goal margin by the second term and dominating a humbled Newport outfit.

After such an emotionally charged victory over Parkside, Newport will return to Langshaw Reserve with some work to do to mix it with the undefeated Centrals, going down 15.18 (108) to 4.4 (28).

In his first game for the season, Madyen Abdou was named Newport’s best player after being promoted from the reserves.

Finally, Glen Orden took their second win on the trot with a thumping of West Footscray at Shorten Reserve despite six goals from Matthew Eddy.

Glen Orden’s goalscorers read like a roll call – led by Aaron Law (five), Daniel Rosenzweig (four) and Hayden Koutsogiannis (three), with Law in particular having a day out against the winless Roosters.

Jordan Jobling was a bright spark for West Footscray, who are the only side yet to break the duck.

Glen Orden will have a chance to make it three on the bounce next weekend when they match up with Albion at Heathdale Oval, while West Footscray has a tough meeting with Parkside ahead.

Newport and Wyndhamvale will play off for fourth spot, while North Footscray come up against the mighty Point Cook Centrals.