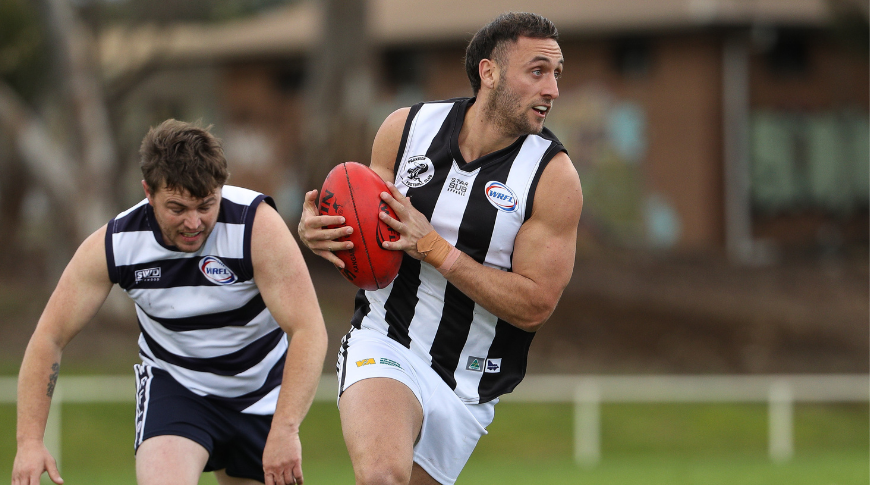 Newport move into fourth spot thanks to a comfortable 15.12(102) to 6.7(43) win against Glen Orden and now sit just a game behind third spot.

The home side jumped out of the blocks with a five goal to one opening term but inaccurate kicking in the second kept the margin from ballooning out further as they led by 22-points at the main break.

Issues running out games have plagued Newport this season, but nine goals in the second-half, seven coming in the third, showed they are capable of performing when needed.

The Hawks scored just a solitary behind in the third term in a disappointing 59-point loss for the visitors, ahead of a tantalising clash with Wyndhamvale this week.

Newport will face ladder-leaders Parkside and will look to atone for a heartbreaking loss earlier in the season.

Shaun Campbell’s five goals guided Parkside to a bounce back win over Albion, downing the Cats by 18-points.

As they’ve shown all season, the Magpies have an innate ability to produce when needed and Round 12 was no different.

Despite leading at every break, the game was far from over entering the last, as the visitors needed three goals to Albion’s one to seal its ninth victory of the season 9.10. (64) to 6.10. (46).

The Cats battle Point Cook Centrals in Round 13 in what is a must win if they’re to kept their slim finals hopes alive.

The Devils have hit form at the perfect time and now sit fifth, ahead of a clash with winless rivals West Footscray this week.

Cameron Morrison booted five majors in a best-on-ground performance as his Wyndhamvale Falcons easily dispatched of West Footscray, 25.25. (175) to 5.2. (32).