Home › Uncategorised › ONE ROUND TO GO IN VU WRFL NETBALL 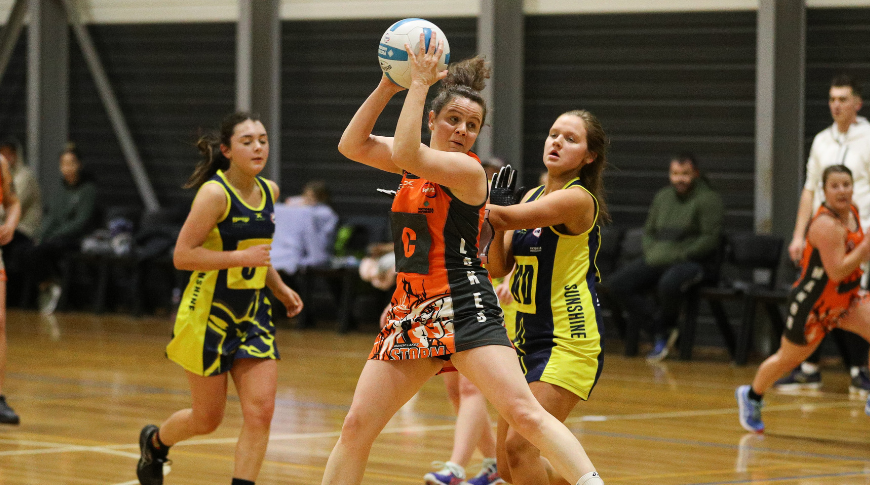 ONE ROUND TO GO IN VU WRFL NETBALL

With one round remaining in the Victoria University WRFL Netball competition, Sunshine has cemented its spot in the Division 1 finals, after defeating North Sunshine.

The Kangaroos needed to win their Round 13 clash to ensure they made an appearance during finals and they did just that, defeating the Roadrunners by 23-goals.

It was a dominant first half that secured the win, with Sunshine scoring 24 goals to five.

Only a handful of goals separated the two teams for most of the game. However, the game broke open in favour of Braybrook, who shot nine goals to four to win the game. The final score was 33-24.

The Devils had contributors across the board, with shooter Kirby Smith, mid-court player Keely Goggin and defender Hayley Brennan the standouts.

A powerful second off from Point Cook Blue was the catalyst to their win over Braybrook Priest.

The Bulldogs shot 28 goals to 10 across the third and fourth quarters.

In Division 2, Manor Lakes had a win over fellow finals contender Braybrook Hawkins. Winning by 16 goals.

It was a consistent performance from the Storm, who led at every break.

With one week remaining in the home and away season, it was a confidence boosting win for Manor Lakes.