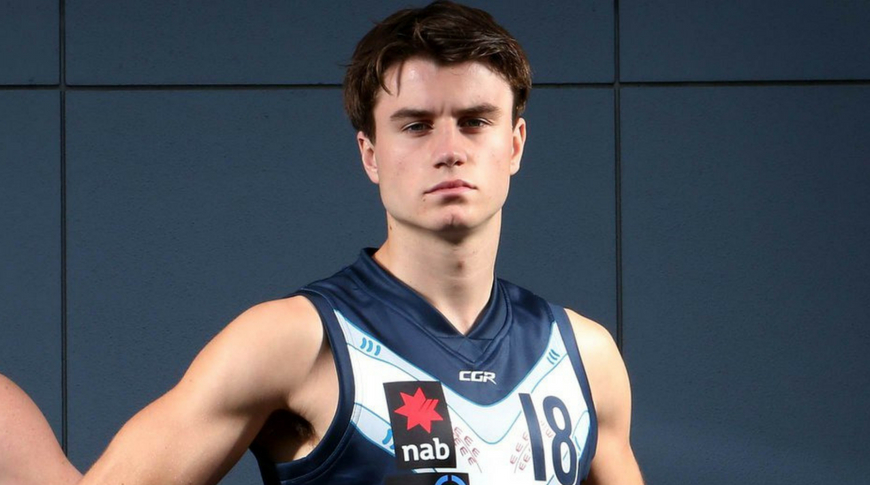 O’HALLORAN LEADS FROM THE FRONT

Xavier O’Halloran has always enjoyed the responsibility of being a leader on the footy field.

The talented footballer from St Bernard’s was given the opportunity to captain the Vic Metro team at the recent NAB AFL Under 18 Championships. He is also the skipper of the Western Jets.

“I felt extremely proud and honoured to be presented with the opportunity, to be able to lead such an elite group of players and mates. It was an awesome experience and one that I have learnt a lot from,” O’Halloran said.

“I have always enjoyed being a leader in the times I have been fortunate enough to lead the teams I have played in.

“I love the challenge of having extra responsibility in regards to setting the standard for the team to replicate.”

O’Halloran said he was happy with his performance throughout the championships. He kicked goals in three of the four championships matches.

He said he his goal now was to hopefully get drafted to an AFL club.

“I can sit back now and think that I could have done some more in bits here and there, but at the time during every game I gave my all and competed my hardest every week,” O’Halloran said.

“It would mean the world to me to be fortunate enough to get drafted onto an AFL list at the end of the year,” he said.

“It has been my dream since a kid to play AFL footy, and to see that dream become reality would be amazing.”

Reflecting on his time in the WRFL, O’Halloran said his highlights were being a part of St Bernard’s Under 16 premiership team in 2015 and Under 17 premiership in 2016.

O’Halloran said while it was great to represent Vic Metro at the Championships, it was also great to play alongside some other WRFL talent.

“It was great to play with other boys such as Buku Khamis and Daly Andrews who have played in the WRFL with and against me, and going through the Western Jets program it has been a pleasure to be able to take our footy to the next level alongside each other,” he said.