Home › Netball › NETBALL LEADERS TO MEET IN ROUND 6 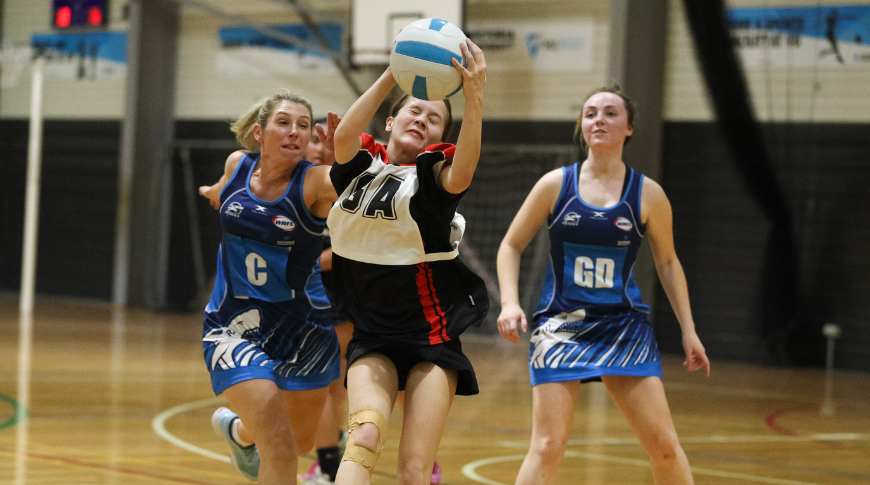 NETBALL LEADERS TO MEET IN ROUND 6

Spotswood Gold returned to the winners list on Friday night, defeating Braybrook Priest by 14 goals in Round 5 action of the Victoria University WRFL Netball Competition.

After suffering losses to Point Cook Centrals 1 and Braybrook Whitten in the past two weeks, Spotswood Gold were able to swing the momentum in their favour, winning 39-25.

Jane Matthews was a standout in the game. The talented goal attack shot 18 goals in the victory.

Point Cook Centrals 1 had a strong win over Braybrook Whitten. The final score was 57-34.

The Sharks have won their first five games and sit on top of the ladder. Their average winning margin is 32 goals.

Point Cook Centrals 1 and Sunshine 1 will go head-to-head in Round 6 action this Friday night.

Point Cook Blue is continuing to build after two early round losses, having won against Point Cook Centrals 2 by 39 goals.

Bulldogs duo Joanne Crozier and Jane Goodier were solid in defence for the reigning premiers, not only grabbing rebounds, but also providing plenty of run out of their defensive third.

Percentage is all that separates North Footscray from the top four.

The Devils made it three from three on Friday night, defeating North Sunshine 48-27.

In Division 2, Albion scored their first win of the season.

The Cats outscored Glen Orden in the final quarter to record a memorable three goal victory.

Spotswood Green shot 33 goals to 12 in the second half.