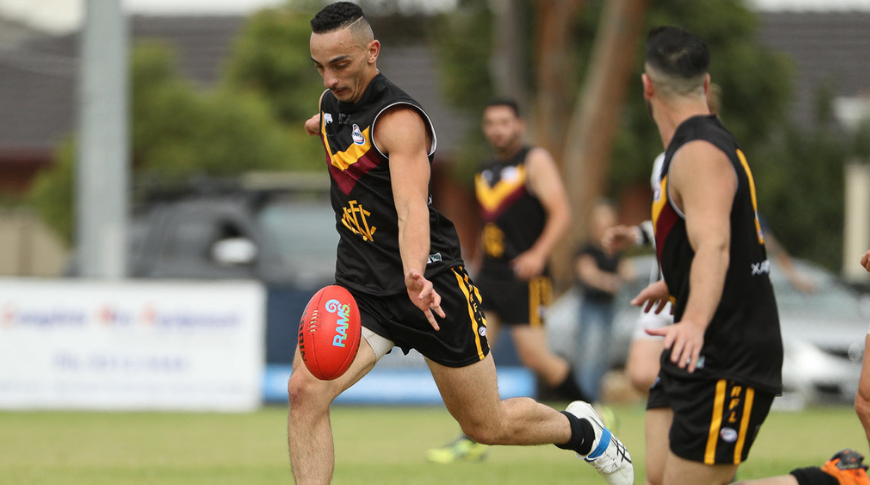 Mustafa Mesto and Mahmoud El-Hawli had a day out as the pair combined for 11 goals in Newport’s 17-point win against North Footscray, coming from behind to earn their sixth win of the season.

The Devils jumped out of the blocks with five goals in the opening term, but the visitors weren’t far behind with four majors of their own.

The goals kept coming in the second as Newport kicked four goals to three and entered the main break leading by four-points.

Newport showed the gulf in class between the two sides that sit four wins apart as they finished with six majors to three and ended the Devils hopes of an upset win.

Malek El-Hassan was voted best-on ground in the win that sees Newport sit just a game outside the Division 2 top four.

North Footscray will rue the fourth quarter but can atone for the loss when they travel to battle West Footscray in a late game that starts at 6:30pm.

Wyndhamvale proved too strong for Point Cook Centrals in wintery conditions as the ladder leaders kicked four goals in the last quarter helping them to a 48-point win.

The Falcons were on top from the opening bounce and if not for wayward kicking the final margin could have looked uglier. The home side recorded 11 scoring shots to one in the first term.

Inaccuracy from the Falcons in the second and third terms kept the game within reach for the Sharks as they trailed by 26-points at the final break.

The premiership favourites showed their might in the last quarter, holding the visitors to just two behinds as they ran out 11.13. (79) to 4.7. (31) victors.

Neither side recorded a major in a first half plagued by poor conditions, but the Eagles were too strong after the main break.