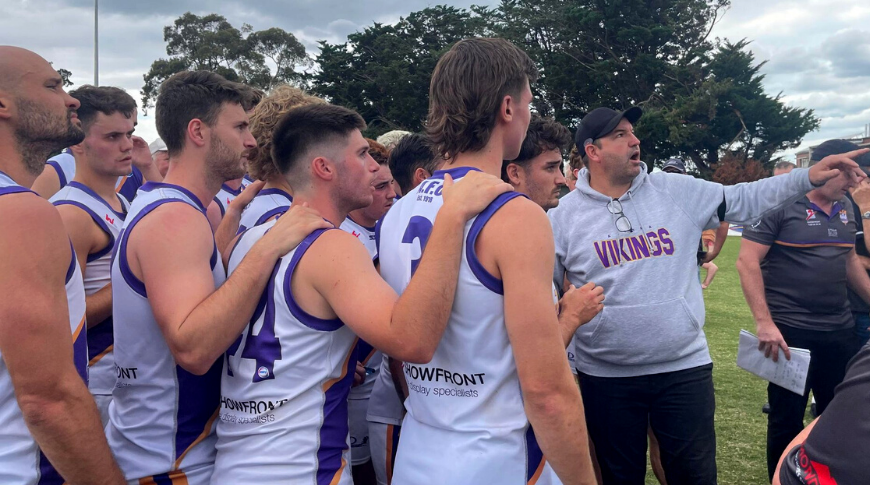 Connor Menadue continued his impressive start to the TIV Division 1 season with five goals to help guide Altona to a 13.18. (96) to 11.9. (75) victory against Werribee Districts.

The Vikings led at each break but were made to work by a tough Districts outfit, a five goal to two final term the difference after the visitors led by just one after three quarters.

Benjamin McMahon was gallant in defeat, his three goals from the ruck saw him voted as the best on for the Districts.

Jack Norman was the visitors best in the 21-point win, setting up a tantalising clash with Spotswood in Round 3. Districts face heated rivals Hoppers Crossing on Anzac Day.

Spotswood had nine individual goal kickers in its 65-point win against St Albans to make it two wins from two to start 2022.

The visitors were no match for the Lions and remain winless, they’ll hope to break their duck when they host Yarraville-Seddon this week.

Ryan Allan outscored Yarraville-Seddon himself with his 11 majors pacing Caroline Springs in its 147-point thrashing of the Eagles.