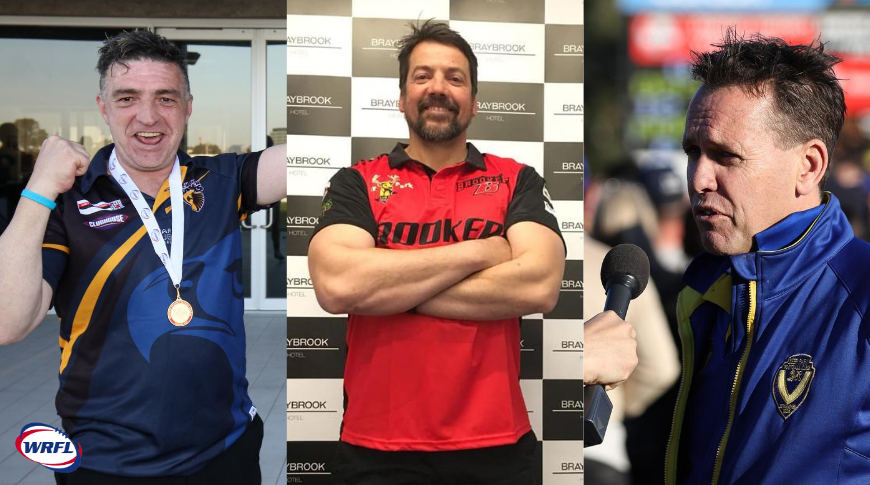 McGoldrick, who oversaw the club’s premiership run as president, will return to coaching next season.

“The club has conducted a thorough review of candidates and has made the decision to appoint Mark McGoldrick as the new Senior Coach of the Deer Park Football Club,” the club statement read.

“Mark is very keen to get into the role and start the process of reviewing and finalising his team of Assistant Coaches, he has been able to confirm so far that James Condos will be a non-playing Assistant Coach.

“The Committee congratulates Mark on his appointment and looks forward to supporting him in his role as Senior Coach in 2021.”

In other coaching news, Glen Orden has re-appointed premiership coach Phil Crea for next season.

“I have no doubt that with Phil’s dedication, determination and passion for the Hawks family he is the right man to continue to grow our club in the right direction,” the statement said.

The 2019 WRFL AFL Victoria Senior Coach of the Year signed on with the Brookers in October last year.

“Vinnie has been an asset since joining our club in October 2019. His enthusiasm, intent and network has allowed the Club to enhance it’s Football program,” Braybrook president Rob Hutchison said.

“His work ethic is second to none and his genuine approach to football is exactly what the Club needs to move forward.”

The Wyndhamvale Football Club announced earlier in the week that Chris Moreland has stepped down as coach.