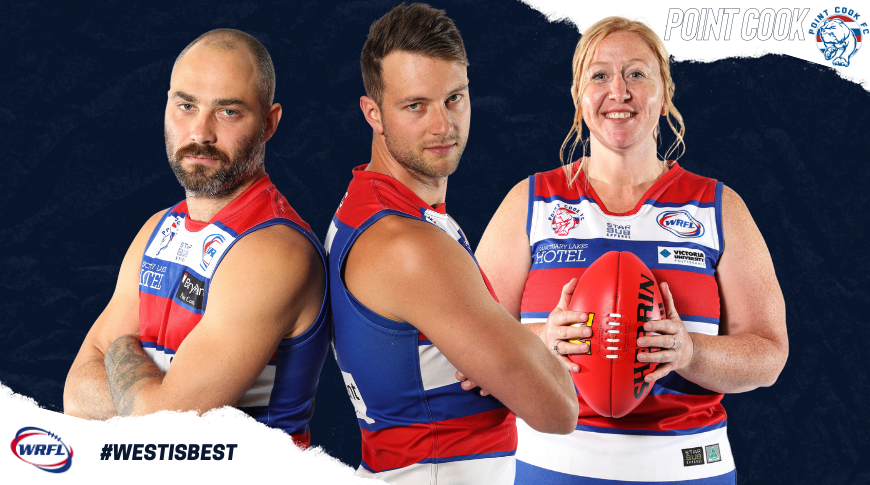 Like many other clubs this pre-season, making footy fun again has been high on the agenda at Point Cook.

Both their Senior Men’s and Senior Women’s Brett Jacobs and Kerry Saunders have taken similar approaches in the lead-up to Round 1, with the focus being enjoyment and reacquainting themselves with each other and the game.

Jacobs, who takes over from Ian Denny as coach of the Senior Men’s side, says his team has shown great commitment to improve throughout pre-season.

“We train hard and want to learn/develop but have really wanted to make it an enjoyable environment,” he said.

“We are a developing club on and off the field and we want to be competitive and make an impression on the competition.”

Jacobs said he has missed being a part of game day and was looking forward to Round 1.

“The smell of freshly cut grass and deep heat (is what I have missed most),” he said.

“Game day is the highlight of the week.”

For Saunders as soon as the calendar ticked over to February, training became more about the season ahead.

“I hope when other teams play Point Cook, they find us competitive and bring plenty of pressure to all contests,” she said.

“The more pressure we bring, the more of us that get involved in the game.

“I hope to see all of my team smiling and happy again.”