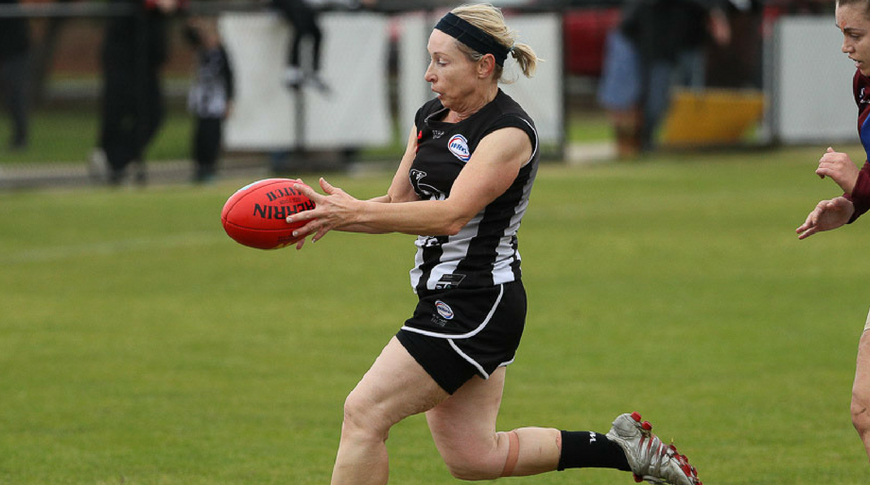 Laverton have escaped with the win against West Footscray, defeating the Roosters by just four points to progress into a semi-final against Spotswood who fell short to Caroline Springs on Sunday.

Caroline Springs’ win will now see them go head-to-head with Manor Lakes, who finished the season in top spot and earned the right to have the first weekend of finals off.

Inaccuracy hurt both teams in the Elimination Final, but the Magpies had more opportunities in-front of goal, which meant they did enough to win the match and progress through to Week 2 of Finals.

After kicking one goal each in the first, the scores were level, but it was a somewhat one-sided game after that.

The second quarter saw Laverton with five scoring opportunities, but were unable to convert kicking five minor scores, while the Roosters struggled to win the ball out of the middle and convert at all.

From here, both teams were winning the ball, but unable to get the ball through the big sticks leaving the Magpies up by four points at the final siren.

Jadene Kirk scored their one and only goal for the day, while Sophie Merryfull kicked the Roosters’ only goal.

In the Qualifying Final, Caroline Springs defeated Spotswood by 23 points, and will play off against Manor Lakes next week for a spot in the Victoria University Polytechnic Senior Women’s Grand Final.

The Lakers got off to a flying start, kicking five goals in the first quarter, while Spotswood had just one which put them on the back foot.

The rest of the game was a much more even contest, as Caroline Springs kicked just one goal in the second half while Spotswood kept fighting, but it wasn’t enough to get the job done.

Caitlin Pretty and Carissa Whiley kicked two each for the Lakers, and Lauren Dundon kicked two goals for Spotswood.

Spotswood are still in the running, they have a second chance, and will go into their match against Laverton as the favourites.