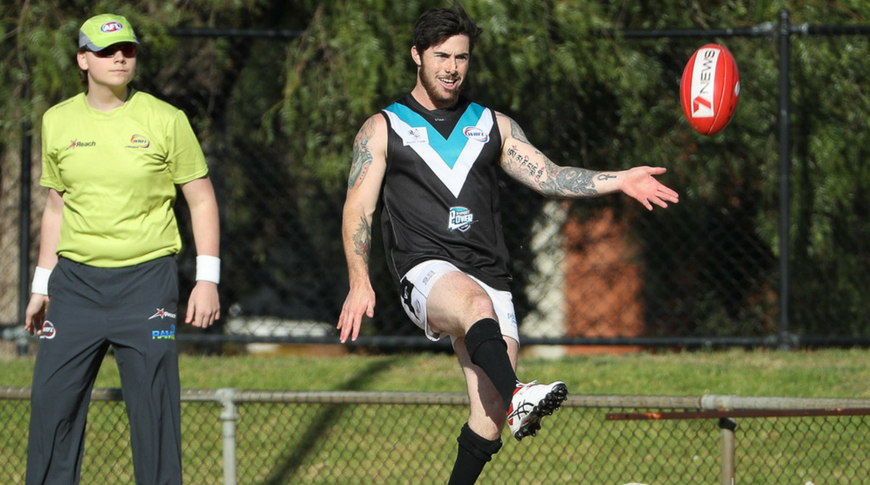 After escaping with an after the siren victory last week, it appears that the tension and high drama had an impact on the Bulldogs as they fell to Parkside in a big upset.

Round 13 saw Yarraville extend their lead on top thanks to Point Cook’s shock 33 point loss to the fifth placed opposition. The Bulldogs now have all the work to do if they hope to clinch the minor premiership, sitting two games back with just five rounds remaining.

Point Cook struggled to score for much of the day, finishing with just three majors to their name and being held to two goalless quarters by Parkside. The win gives Parkside serious momentum and puts them just a few percentage points out of the top, with fourth-placed Manor Lakes sure to be watching their back in the coming weeks.

The Storm themselves also had a strong win, thumping West Footscray by 57 points in a match which highlighted Manor Lakes and their ability to hit the switch and kick away from their opponents. The Storm held a respectable 23 point advantage at the first break, before outscoring the Roosters by 11 goals to six, getting home quite comfortably.

Manor Lakes were spearheaded by a miraculous nine goal performance from Ty Priest. It was truly a standout game from Priest who had kicked just 14 goals in 10 games prior to Round 13. He was assisted up forward by three goals from Michael Jubb and two to Nathan Montague.

Newport made the race for finals even more tight thanks to their thumping of North Footscray. The win sees the Power join Manor Lakes and Parkside on 24 points for the year, with percentage now beginning to be a serious catalyst for future success.

It was a relatively close game for the first three quarters, with the Power leading by just 20 points.

However the final stanza saw Newport kick into a higher gear and steamroll their lesser rivals by six goals to one. The Power were boosted to victory from a number of avenues as Youssef El Hawli and Belal Mesto both kicked five, while Munir El Houli booted three.

Elsewhere, the ladder leaders kept on rolling, putting the lowly Albanvale to the sword in a dominant display. The Eagles handed Albanvale their 12th loss for the year and perhaps their most crushing, with the final margin being 135 points.