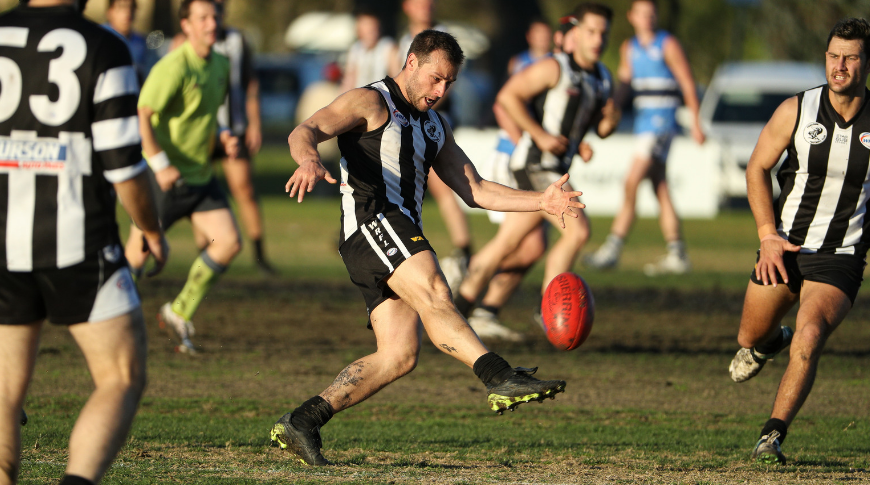 The Falcons got off to a slow start and it looked like either side could get the points early, with the visitors leading by two points at quarter time.

Three goals in the second quarter pushed their lead to 17-points, but Newport did a good job early of limiting the Falcons forward attack.

Both sides fought tooth and nail in the third term as they combined for seven goals, Wyndhamvale went into the final break holding a 21-point lead.

Something awoke in the Falcons huddle at three quarter time as they exploded in the fourth quarter, running riot to the tune of nine goals (15 scoring shots total) to zero. They managed to hold the home side scoreless in one of the most dominant quarters of football seen this season.

The 81-point thrashing flatters the ladder-leaders who finished strongly, but reaffirms why they are flag favourites.

The loss puts Newport two games outside the top four and with five games remaining, it would require a monumental effort to bridge that gap. A tough test against Point Cook Centrals awaits this week.

Parkside jumped Point Cook Centrals into third place thanks to a 29-point win over the Sharks, the two teams now separated by just nine percentage points on the ladder.

The Magpies trailed after the first break, but set up their eighth win of the season with a dominant seven goal to two second quarter that flipped the game on its head.

The 14.7. (91) to 9.8. (62) win was all but confirmed in the third term as the Sharks managed just a solitary behind on the back of a great defensive performance from the home side.

Four goals to one in the last quarter helped West Footscray overcome a pesky North Footscray, downing the Devils 9.7. (61) to 4.12. (36) under lights at Shorten Reserve.