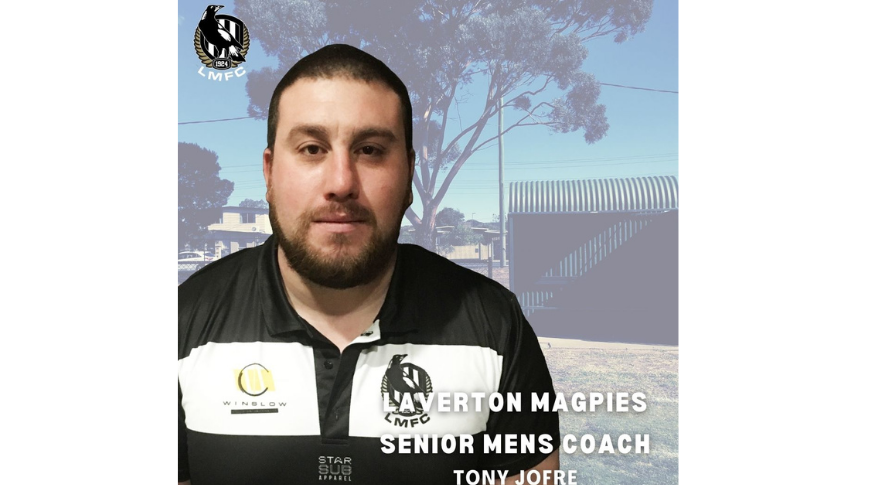 The Laverton Football Club have announced Tony Jofre as their new senior coach for the 2022 Alan Mance Motors Division 3 season.

Tony began his football career with the Magpies and is set to return to Laverton Park next season.

“Tony started his career at the Magpies as a junior, seeing premiership success under Eddie Calleja’s 2001 team,” the announcement said.

“WRFL leading goal kicker that year and best on ground during the Grand Final. This success lead Tony to the Western Jets program and Interleague Teams.

“Tony is passionate about bring success to the club that started it all for him and he can’t wait to build a future at Laverton Magpies Football Club.”

The club has announced several re-signings. Chris Arnold, Brent Taylor, Jake Meiers, Samson Farley and Adam Casley-Old will all be in black and white in 2022.