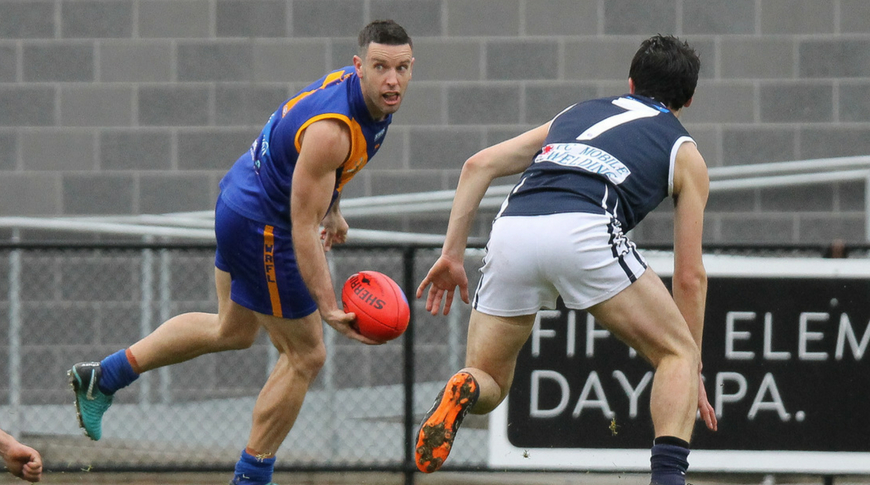 For two quarters, it looked like the result between Deer Park and Hoppers Crossing could go either way. Both sides held the lead at various points and constant rain made goals a premium.

A second half stomping ended the Warriors chances as the Lions kicked nine goals to two after the main break on the way to a 48-point win, meaning they’ll now face Altona for a spot in the RAMS Division 1 Grand Final.

Constant rain hindered the first half as neither side could play the game on their terms and at times had to resort to pumping the ball long and hoping for the best.

Hoppers Crossing looked good early and could have upset the Lions had the rain continued but the class of the reigning premier shone once it dissipated.

Jason Williams and Chris Stewart starred for Deer Park, booting nine of the club’s 13 majors as they showed clean hands and accurate kicking in trying conditions.

The win will see the top two sides from the regular season face off in what could be the game of the season so far, weather permitting.

The Warriors have a week to regroup and will face Spotswood in Semi-Final 1 after they knocked off Werribee Districts by 23-points on the back of a seven-goal final term.

In the win or go home final, both teams brought the intensity and desire needed to keep their season alive.

The Woodsmen led at each break but the Districts were always within in striking distance, until the last quarter that saw Spotswood break the game open and book their place in the second week of the finals.

The victors had an even spread of goal scorers with six players registering multiple goals, Jordan Boyd leading with three.

Top of the ladder after seven rounds, the loss ends Werribee’s season rather prematurely given their strong start.

It is the second consecutive loss in an elimination final and fifth place finish for the Districts who will need to go back to the drawing board if they are to advance in the finals in 2019.