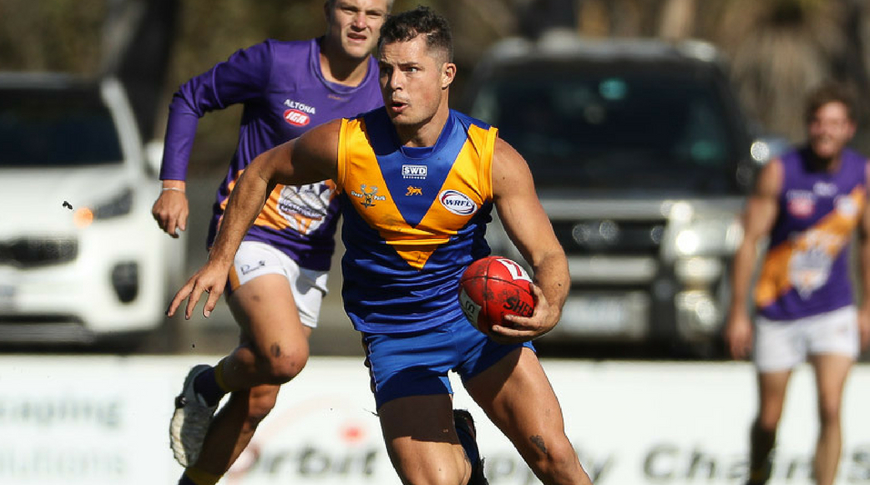 It looked like we were headed for a thrilling final quarter, with just 10-points separating the two sides at the final break, but the Lions showed their class in the final 20 minutes, scoring seven goals to two to win by 42-points.

Deer Park had more avenues to goal, they had eight different goal kickers. Perkins led the way with four majors, while Kevin Klix continues to impress, he kicked three goals.

Captain Jack Purton-Smith was among the best, he led his side brilliantly.

The win knocked off the Tigers off top spot, Altona have moved to first place, the Tigers are second and Lions are in third spot.

A win in Round 9 against Wyndhamvale could see Deer Park draw level with Altona and Werribee on seven wins, while the Districts will host Spotswood looking to atone for their first loss of the season.

They held Wyndhamvale goalless in the first and fourth quarters and now hold the competition’s second-best percentage.

Altona will travel to Hoppers Crossing in Round 9 to face the Warriors.

The Warriors were up by 46-points at three quarter time, but five Cats goals in the fourth gave the visitors a scare. It wasn’t enough however as Hoppers Crossing steadied the ship to ran out 21-point victors.

Jordan Mead kicked three, as did Mohamed Dibb. Braden Ferrari was among the best for Hoppers Crossing.

The Kangaroos have now won their past three matches and are just a game outside the top five.

Finally, Spotswood cruised to a 75-point win against Caroline Springs as Jordan Boyd had arguably his best game of the year.

The Woodsman kicked 12 goals to two in the second half, to win their sixth match of the season.

They will be challenged on Saturday, when they take on the Werribee Districts at Soldiers Reserve.