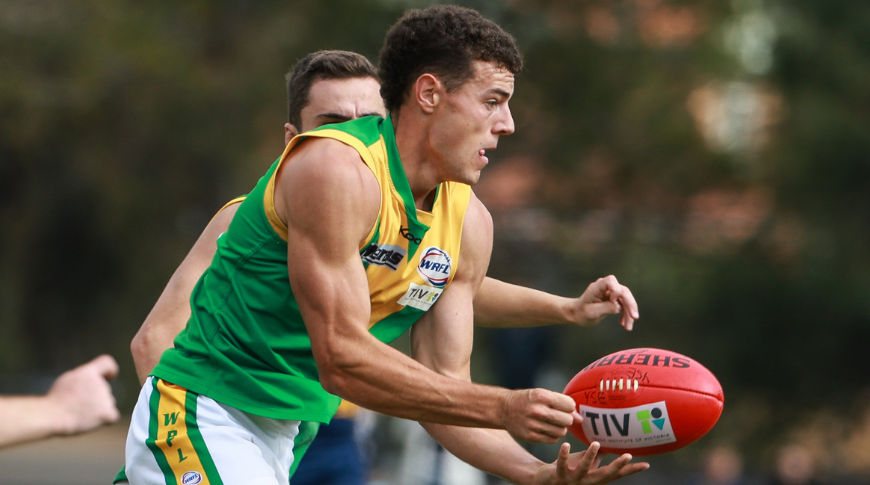 LAKERS UNDEFEATED, WOODSMAN BACK ON TRACK

Caroline Springs’ dominant fourth quarter performance saw them run out comfortable 15.19. (109) to 6.8. (44) winners against Werribee Districts, maintaining its undefeated start to the season.

The ladder-leaders booted seven goals to a solitary behind after the final break to end any hopes the visitors had, the loss pushing Districts to sixth on the TIV Division 1 ladder.

The 65-point win continues Caroline Springs’ incredible defensive form, as they’ve yet to concede more than 50 points in any game this season.

They face Sunshine in Round 7 looking for a seventh win while Werribee Districts will aim to get its season back on track against Yarraville-Seddon.

A seven goal to one second quarter was the beginning of Spotswood’s 85-point thumping of Sunshine, Mitchell Coleman booting six in the big win.

The Kangaroos played their first game since the surprise resignation of Heath Scotland but were unable to trouble the home side after quarter time.

The Woodsmen can close the gap to the top four when they face Point Cook this week.

Elliot Cavallaro kicked five while Connor Menadue and Taylor Whitford added three each in the 116-point thrashing, with the Vikings set to battle Hoppers Crossing in Round 7.

The Eagles worked hard all day but the class of the Lions was the difference in the end in the 27-point win, setting up what should be a good contest this week against St Albans.