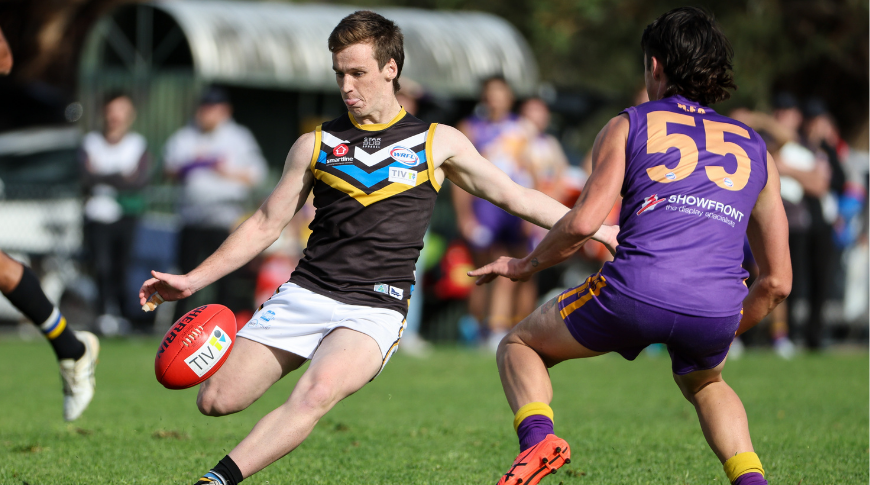 Caroline Springs remain as the only undefeated team in TIV Division 1 after they scored a 12-point win over Altona on Saturday.

The Lakers came out firing from the first bounce, racing out to a 21-point lead at the first break.

The damage was done in the first half as the Vikings managed just one goal to half-time.

The Vikings fought back in the final term, but it wasn’t enough as the Lakers scored its fourth consecutive win.

The Lakers host Spotswood this week in search of a fifth straight win.

Point Cook got it’s first win of the season, defeated the Eagles by 16-points at Yarraville Oval.

Some big losses to start the season mattered little as the visitors were rarely troubled after jumping out to a 22-point lead after the first break.

The Eagles were trying in their efforts to claw back the deficit by the Bulldogs were just too good in the end, Christopher Sivanesan booting four goals in the win and former Richmond player Derek Eggmolesse-Smith named best-on ground in the 11.13. (79) to 9.9. (63) victory.

Point Cook can make it two in a row when they host St Albans in Round 5.

A tough loss in Round 3 didn’t deter the Kangaroos who jumped out of the blocks with a six goal to one opening term before cruising to the 24-point triumph over the Saints.

Ten goals to two in the second half confirmed the 64-point win, the Lions finishing with just one quarter with multiple goals.