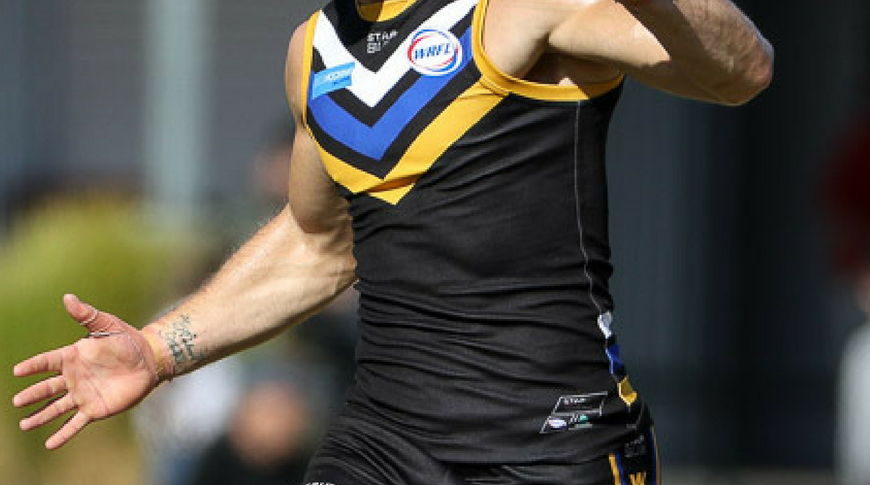 Round 9 of the Western Region Football League TIV Under 19 competition involved two highly anticipated contests, as Caroline Springs just overcame Werribee Districts in a thriller, while Altona were able to edge out Hoppers Crossing in a top of the table encounter.

Additionally, the premiership race has been further narrowed after the news that Spotswood and Newport Power have withdrawn from the competition.

For most of the contest, the Lakers were able hold a narrow lead over the Districts, as they entered the main break with a 24-point lead, and the three-quarter-time break with that margin at 18-points.

However, Werribee were able to rally and almost produce a famous victory in the final term.

The Lakers can thank forward Jack Taylor for getting them over the line, his four goals worth their weight in gold on such a wintry day. Max Tessari and Nathan Goodwin were also instrumental for the away side.

For Werribee, Darcy Phillips and Mars Lester kicked two majors apiece, while Chad Buck was also brilliant for the Districts.

Over at Hogans Road Oval, Altona were able to work themselves back into the game from a slow start to overrun Hoppers Crossing in a hugely anticipated top of the table clash.

The Warriors stunned the Vikings in the first half, racing to a 25-point lead at quarter time. In the second term, the Warriors maintained the intensity and entered the main break with a 28-point lead.

However, Altona were a different side after the main break. They piled on five goals to none to enter the final break with a 5-point lead. The momentum continued in the final term, as they ran away with the victory, 12.8. (80) to 9.2. (56).

Kosta Arapidis was instrumental for the victors with four goals, while Jack Callaway chimed in with three. Mitchell Blake and Tyson Roache were also important in comeback victory for the visitors.

For the home side, Ahmed Haddara kicked four majors

Point Cook had the bye, and will look to resume their campaign next week against Caroline Springs.