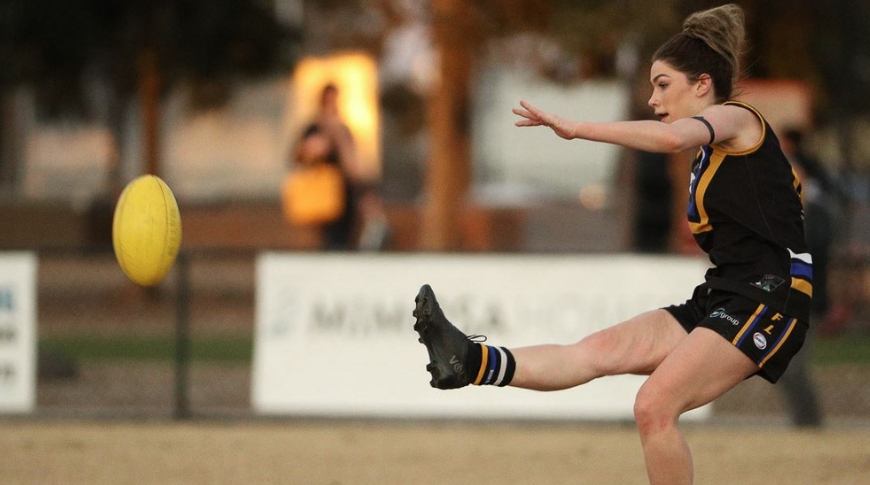 The two teams facing off in the Victoria University Polytechnic Senior Women’s Grand Final next week have been decided, as Caroline Springs defeated Spotswood by a convincing 28-points at VU Whitten Oval at the weekend.

The Lakers have been strong all year, and played at their best again to take down Spotswood in the Preliminary Final.

Spotswood struggled to score for a lot of the game, as Caroline Springs kicked three goals in the first quarter while keeping the opposition scoreless.

Despite Spotswood finding avenues to goal much clearer in the second half, it just wasn’t enough and the clear winners on the day were the Lakers.

Alexandra Fato and Caitlin Pretty starred as they have all season, kicking two goals each to get their team over the line.

Lauren Dundon kicked three goals for Spotswood, but it just wasn’t enough. Dundon has had a fantastic individual season, she ended the year having kicked 56 goals.

Inaccuracy was somewhat an issue, as Caroline Springs had 19 shots at goal, but were only able convert eight of those major scores. While Spotswood had six scoring opportunities, but made the most of those.

The two teams met in that Semi Final, with the Storm winning by 60-points.

Both Manor Lakes and Caroline Springs have been the best two teams of the competition this season and will play-off in the decider at Avalon Airport Oval on Saturday.