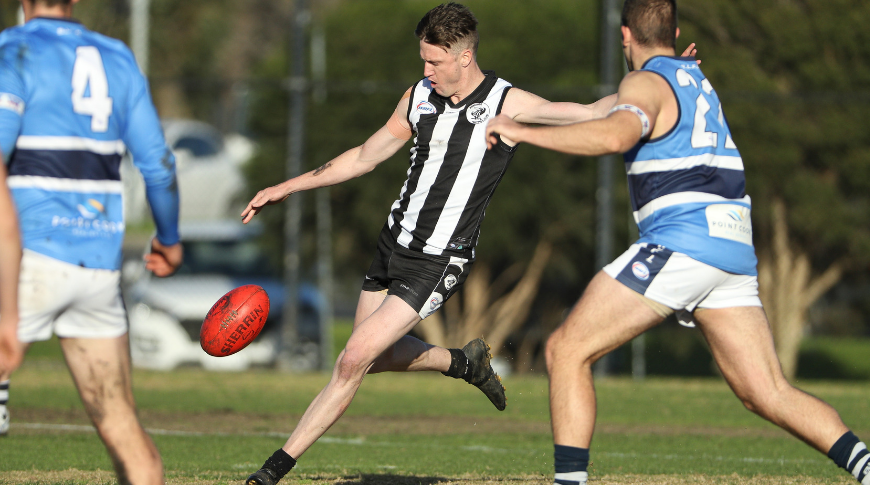 The home side jumped out to a strong start with a five goal to one opening quarter that set the tone for the match early.

The Roosters hit back in the second with five majors of their own, but couldn’t stop the ball going the other way as they conceded four goals and went into the half down by 19 points.

Parkside proved too strong after the half time restart as they put the game to bed, turning a three-goal lead into a 33-point buffer heading into the final term.

West Footscray won the last with two goals to one. but it was too little too late.

Benjamin Ashman was named best-on for the winners while Darcy McCallum led the Roosters with four goals.

The Magpies travel to face table toppers Wyndhamvale in the clash of the round while West Footscray will take on the Eagles.

Edmonds’ performance earned him man of the match as the Eagles ran riot, doing as they pleased in the 143-point demolition that saw the home side kick 18 goals to two in the second half.

Despite the big win the Eagles will finish the 2019 season in second place while Newport is locked into fifth place, a disappointing finish to an up and down season.

Wyndhamvale had 11 individual goal kickers as the ladder-leaders cruised to a 97-point belting of North Footscray, highlighting the strong defence that has seen the Falcons concede the fewest points in the league.

The Falcons can celebrate their minor premiership in the final round of the regular season and cap off what has been a fantastic season.