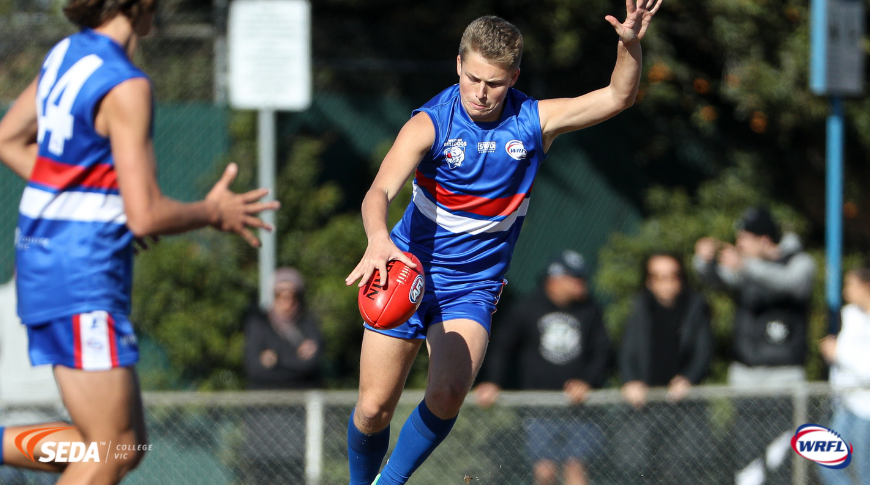 The WRFL’s next generation of junior stars shone brightly at the weekend, with the league producing its best junior representative result since 2015.

The WRFL scored 14 wins from 17 games and was one of the best performed leagues during the AFL Victoria Junior Metro Development Series and Under 13 Junior Interleague Carnival.

WRFL’s Manager of Junior Football Steph Zerowsky said she was proud of all the players who pulled on the WRFL jumper in 2019.

“I couldn’t be happier with this year’s junior interleague carnival and not only because of the final match results, but also because of the amount of support and positive feedback that we have received from players and parents involved,” she said.

“It has been a successful campaign having players walk away from the program feeling grateful for the experience and having been challenged at a higher level.

“I was totally impressed by the talent on field by all teams, but more so the spirit in which our players played.”

CLICK HERE TO SEE ALL THE LOCAL LEGENDS PHOTOS

Zerowsky said she hoped the players involved with the junior program not only learnt new skills, but made new friends.

“Not only do we hope that each player has been able to learn something from our Interleague coaches to take back to their local club, but also leave the program having made new friends with their interleague teammates,” she said.

“It is amazing to see the players shake hands with now their opposition before a match and wish them a great game heading into finals.”

Finally, Zerowsky wanted to thank the coaches and volunteers who supported the program this season.

“Our Junior Interleague Program would not be what it is without the hard work and time that our junior coaches put into it,” she said.

“Thank you to all the coaches; Paul, Damian, Darren, Jason, Aron, Brodie, Rich and Jessie for being involved in our program again this season. Your passion is what helps us grow our junior competition.

“I would also like to thank our parent volunteers who put their hands up to help in a Team Manager, Trainer, Umpires Escort or Timekeeper role. The program is not a success without your assistance.”