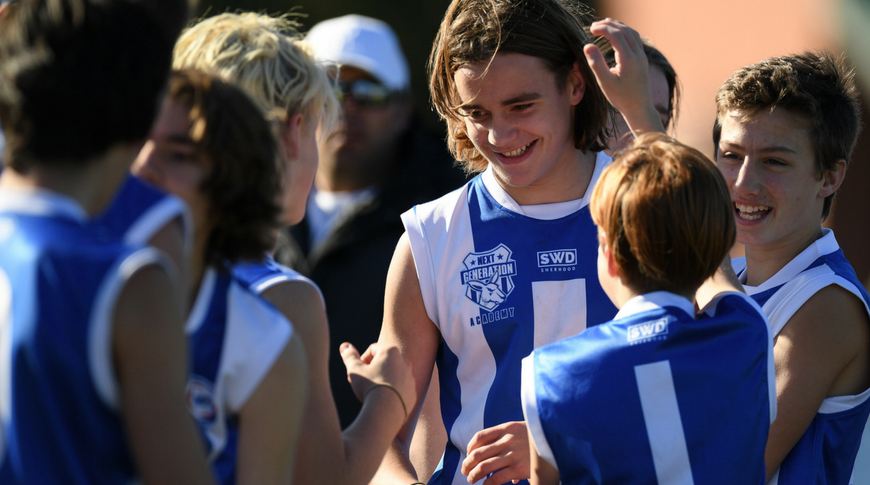 MORE than 170 juniors across seven teams had the honour of representing the WRFL during this year’s Junior Interleague Carnival.

Players from Under 13’s through to Under 15 Girls pulled on the WRFL jumper and played in junior matches across the Melbourne as part of AFL Victoria’s annual Junior Metro Championships and Under 13 Carnivals.

This season the league worked in partnership with the Western Bulldogs and North Melbourne Next Generation Academies for the Under 14, Under 15 and Under 15 Girls programs.

This opportunity allowed the league to create a stronger pathway for talented junior players who are looking to take their football to the next level.

“I’m looking forward to building on these relationships to create an even better program for our junior players next year,” she said.

Over the course of the Junior Metro Championships, the WRFL won eight of the 13 matches.

The WRFL/North Melbourne Under 15 and Under 14 teams were both undefeated, while the Under 15 Girls scored two wins.

“A few years ago our Under 15 Girls team couldn’t win a game and now I have had the pleasure of being involved in two successful years of Under 15 Girls Interleague. This is a credit to our coach Jessie Chester and to all the Clubs working hard to develop female football in the west,” Zerowsky said.

The Under 13B team retained the Shield for another year after scoring two wins, while the Under 13A team wasn’t as successful.

“It was a fantastic day to be a part of. It is always great to see the number of parents, grandparents and family members coming down to support our future stars.”

Zerowsky said overall the 2018 Carnival was a great success.

“While we would love to win all matches at Junior Interleague level, that is not the Leagues main focus,” she said.

“We aim to provide players with a strong program which develops their skills with a main emphasis of enjoyment.

“I hope that every single player enjoyed the opportunity to participate in the Interleague Program. It is an opportunity that not every player receives.”

Finally, Zerowsky wanted to thank all the coaches, volunteers, parents and players who worked together to create a successful program.

“The Junior Interleague program is a massive program to run and all would not be possible if not for the coaches who I would like thank for their time, effort and passion in developing junior football,” she said.

“I would also like to thank all of our parents and especially those who volunteered in match official roles and to our WRFL Clubs who hosted training nights and match days, without your help and support the program would not have been a success.”