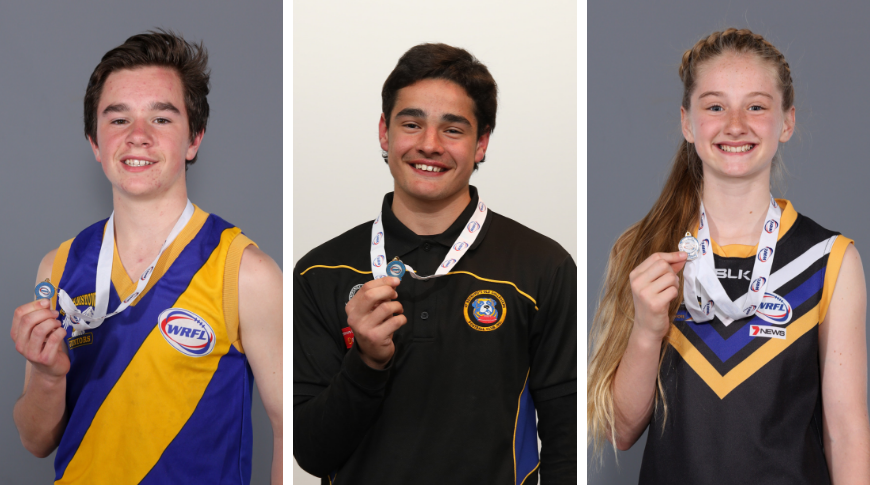 JUNIOR STARS TO PLAY FOR VICTORIA

St Bernard’s junior Matthew Stephenson and Williamstown Juniors young gun Matthew Payne have been picked in the Under 15 Boys team and Caroline Springs player Kiera Whiley has been named in the Under 15 Girls team.

The star trio have glittering junior careers to date, having won five WRFL best and fairest awards between them.

Stephenson won last year’s Under 14 Division 1 award and in 2015 claimed the Under 11 Division 3 award.

Payne, who has previously represented Victoria at the School Championships, won the 2015 Under 11 Division 1 medal and 2017 Under 13 Division 1 award.

In 2017, Whiley was awarded the Under 12 Girls Best and Fairest.

The School Sport Australia championships will be held in Launceston, Tasmania between July 27 and August 3.