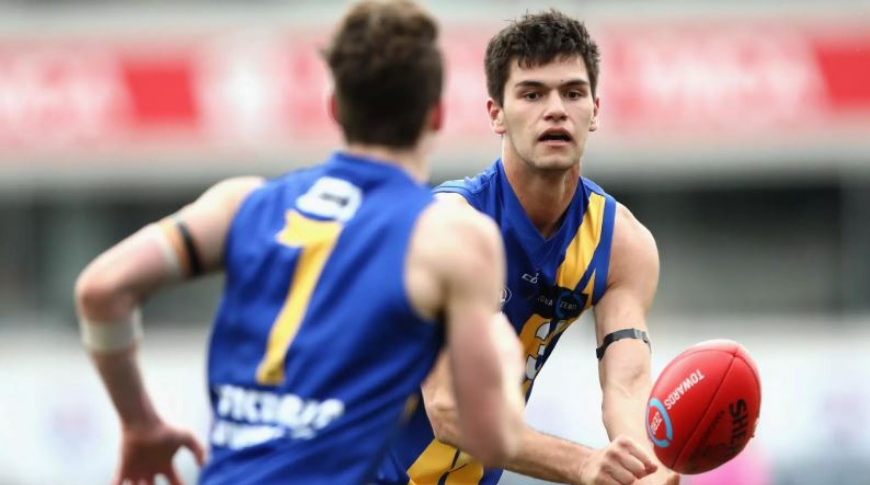 JEKA IN UNDER 18 VIC METRO SQUAD

Altona Juniors young gun Emerson Jeka has been named in the final Under 18 Vic Metro squad.

The talented footballer is one of 36-players from across metropolitan Melbourne to have made the final squad, with the first game of the NAB AFL Under 18 Championships to be played this Saturday.

Jeka, who has been playing with the Western Jets for the past three years, has played his junior football with the Altona Juniors Football Club and is considered one of the players to watch during the carnival.

Earlier this year, Jeka played in the Under 18 Australian team that defeated the Casey Demons.

The Vic Metro team will be coached by Brett Allison, he says his goal is to help develop the skills of all players.

“I’m trying to keep the game of football as simple and enjoyable as I can for these players,” he said.

“Most of them have at least three coaches they’re exposed to this season who will each ask them to play different types of footy, but my plan is to let them back their instincts and intuition on the field to show AFL recruiters what they can do.”