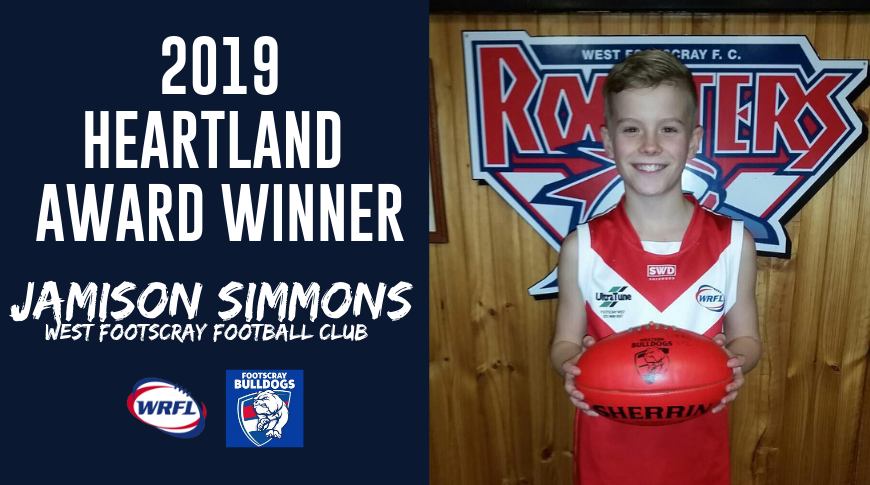 Congratulations to West Footscray youngster Jamison Simmons who has won the Western Bulldogs-WRFL Heartland Award for 2019.

Jamison has won a special experience at VU Whitten Oval with players from the team next week.