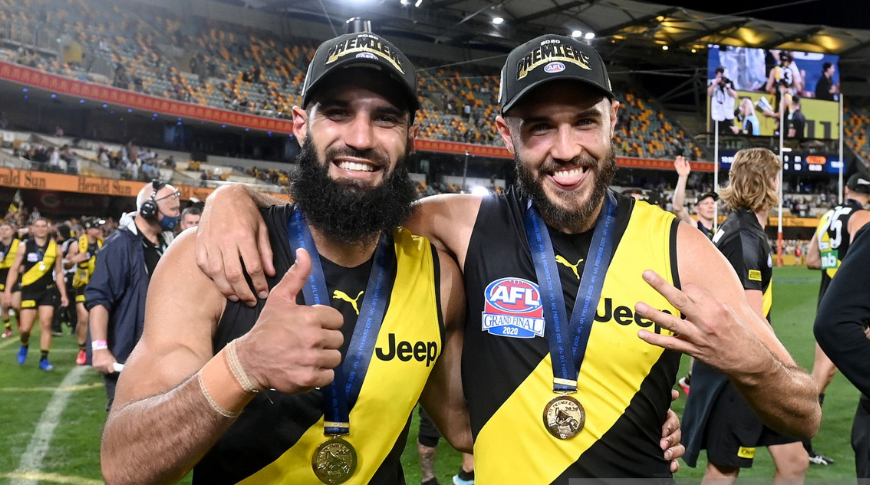 Houli, a former WRFL junior with Spotswood, has now won three flags in four years and has become one of the league’s most decorated players.

The 32-year-old suffered an injury in the first quarter, injuring his calf in the opening few minutes of the match.

Houli finished the game with 11 possessions and another premiership medal around his neck.

“I did my calf about two minutes after Nick Vlastuin got knocked out,” Houli told Triple M after the match.

“I thought I was done, but the great man ‘Dimma’ said they needed me to battle on.

“I’m just so proud to see the boys put in that effort.”

What a warrior. Bachar Houli played last night’s Grand Final with a torn calf after getting injured in the first few minutes of the game. Incredible effort. #WRFL #WestIsBest (Pics via @afl @richmond_fc)