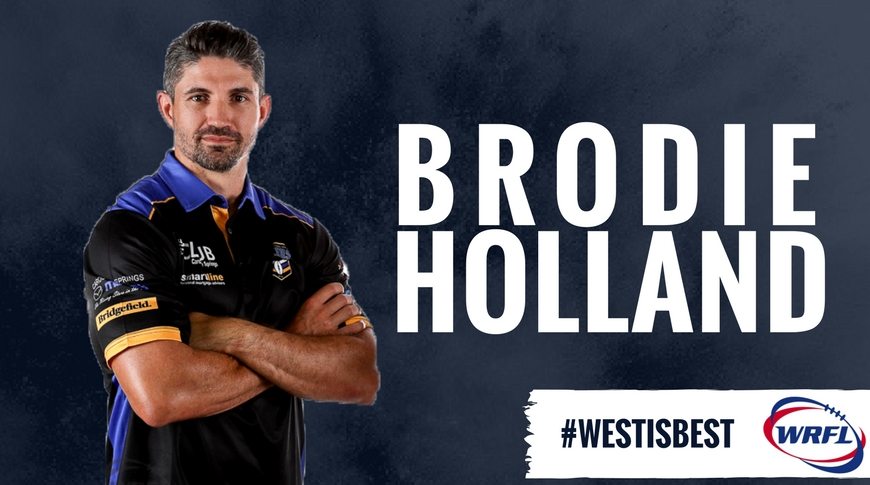 BRODIE Holland has been appointed coach of the Western Region Football League’s Senior Interleague team for 2018.

The new Caroline Springs coach will take the reins as coach of the representative side after Anthony Eames stepped down from the top job.

The WRFL would like to thank Eames for his commitment to Interleague over the past two seasons, his time and passion for football in the west was pivotal to the ongoing development of our Senior program.

For Holland, coaching the WRFL Interleague team will be a great honour.

“I took on the EDFL coaching role last year and I got a taste for coaching again, which is why I took on the Caroline Springs job,” he said.

“I am looking to get experience coaching at all different levels and this is a great opportunity.”

This year the WRFL will be travelling to Yarrawonga to take on the Ovens and Murray Football League.

Holland said he was looking forward to working with some of the WRFL’s best players.

“I believe the WRFL can match it with any other league in Victoria,” he said.

“The guys you are coaching at this level have a great understanding of the game, they understand a contemporary game plan and are usually easier to guide.

“Hopefully the players buy in, it’s a great opportunity.”

The WRFL’s Under 19 team will again be coached by Matthew Dean.

Dean has coached the Under 19 to two consecutive wins over the past two years. Last year, the league defeated the Northern Football Netball League by three-points.

Gary Turner will also step into the positions of Senior Chairman of Selectors whilst maintaining his position with the Under 19 program.

The WRFL will take on the OMFL on May 19 at Yarrawonga JC Lowe Oval.

More announcements regarding the WRFL Senior Interleague program will be made in coming weeks.