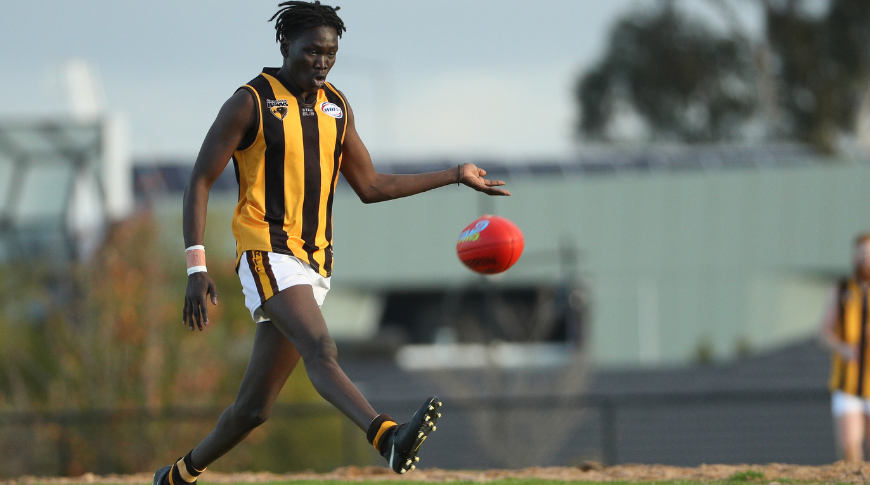 A top-to-bottom of the table clash saw Glen Orden claim a towering victory over North Sunshine at Heathdale Oval on Saturday.

After a one-point defeat against Sunshine Heights in Round 10, the Hawks were determined to redeem their reputation as the Division 3 ladder-leaders.

Dillon Hinge and Bailey James each kicked 10 goals in the big victory.

The Dragons broke the game open in the second half, kicking five goals to three.

The margin could have been much bigger if the Dragons were more accurate in-front of goal. They had 26 scoring opportunities to 13.

Steven Walters-Kepada and Tom Murray were among the best for the visitors, while Nathan Smith and Luke Fox were standouts for the Brookers.

The Cobras scored five goals in the first quarter and held a comfortable lead throughout.

Star performances from David Azzopardi and Joshua West for Albanvale, Dion Carabott was among the best for Laverton.

Amazingly, the Suns held a 33-point lead at the end of the first quarter. The Titans took this as a wakeup call and scored five goals in the second quarter.

The Titans were less than a goal behind the Suns at the end of the first and third quarter. Not giving up hope, the Titans fought to the finish and scored five goals before the final siren to score an important victory.

Ty Priest and Aaron Molivas combined to kick seven goals for the Titans, while Jarrod Vella and Dean Cachia were among the best for the Suns.