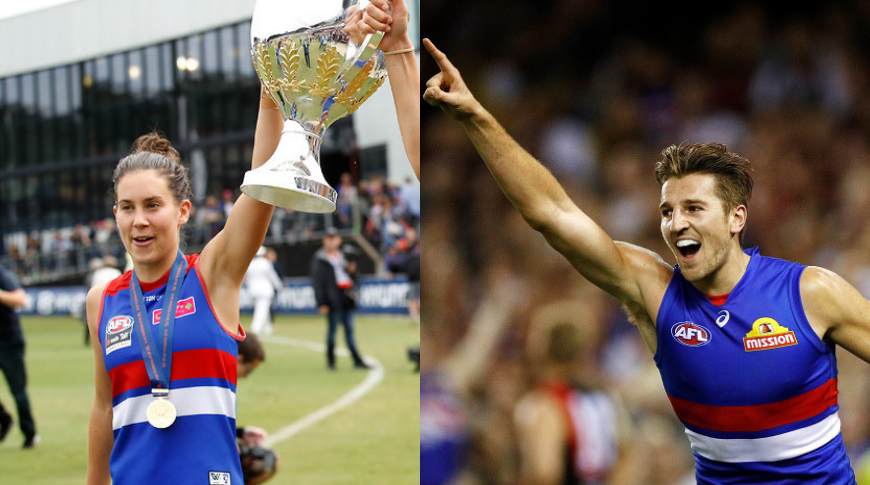 Western Bulldogs premiership players Marcus Bontempelli and Libby Birch have been named as the two Heartland Ambassadors for 2019.

Birch was a part of the Western Bulldogs AFLW premiership last season, while Bontempelli is also a Premiership player and Best and Fairest winner.

The Heartland Award is now in it’s seventh season. The Award recognises junior players from across our league.

Each week throughout the home and away season, the Junior Heartland Award will be presented by the coach from the home team to one player from the opposition side, who they believe embodies the true essence of the game – that being: fair play, fun and respect for both the opposition and the umpires.

The award is for those playing in the Under-8 competition through to Under-14’s.

If you win a Heartland Award make sure you register your unique code at the bottom of your certificate on the Western Bulldogs website to go into the draw to win the Ultimate Heartland experience.

The Heartland Award will kick off this Sunday, April 7 for Round 1 of the junior fixture.