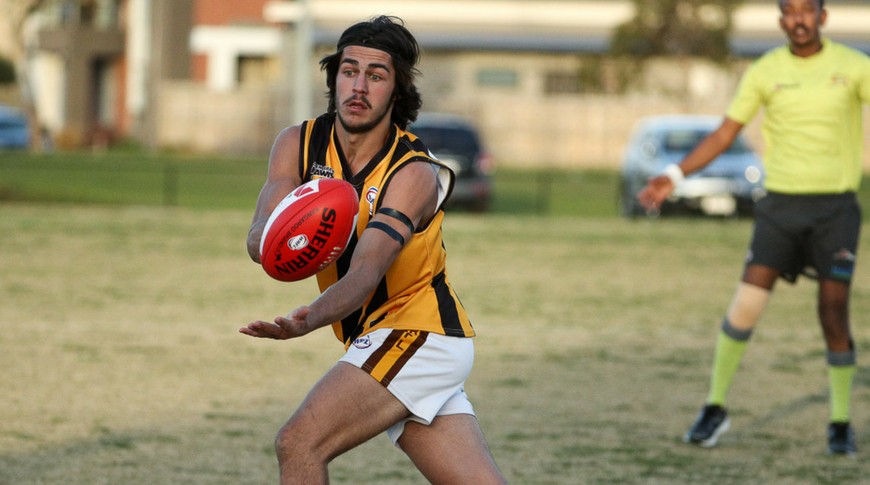 BRAYBROOK survived a late Laverton comeback to secure its sixth win of the season and in the process cemented their spot in the Division 3 top four.

The Brookers looked poised to run away with the match at three quarter time, having led by 35-points, however the win wasn’t as convincing as they would have hoped.

The Magpies kicked five goals to one in the final quarter, making for a thrilling final term.

However it was too little too late for the home side, who ran out of time.

Paul Cutajar-Milosev kicked three goals in the win, while Nathan Calleja was the most important player for the Brookers.

With eight games to go, they find themselves in a good position to play finals for the first time in several seasons.

Glen Orden scored its first win of the 2018 season on Saturday, defeating North Sunshine at Dempster Park by 11-points.

The Hawks, who didn’t field any senior sides last season, returned to action this year and after 10 rounds have secured their first win.

If it wasn’t for inaccurate kicking, the Hawks kicked 18 behinds, the margin could have been beyond doubt mid-way through the final term. However they still did enough, winning 7.18. (60) to 8.1. (49).

It’s a disappointing loss for the Roadrunners, who believed they were a finals contender prior to the start of the season.

Unfortunately, they have only won three games from 10 attempts, and face ladder-leaders Wyndham Suns this week.

Tarneit managed to put together one of their most complete performances of the season on Saturday, keeping Point Cook Centrals goalless.

The Titans kicked seven goals to zip in the first term.

It was more of the same in the remaining three quarters, as they kicked another 12 goals.

The Sharks managed just six behinds for the afternoon.

In the final game of the round, the Wyndham Suns continued their winning ways, defeating Sunshine Heights by 43-points.

Only 10 points separated the two sides at the half-way point, but the Suns came out firing in the third quarter, booting seven goals to none to skip out to an unassailable lead.