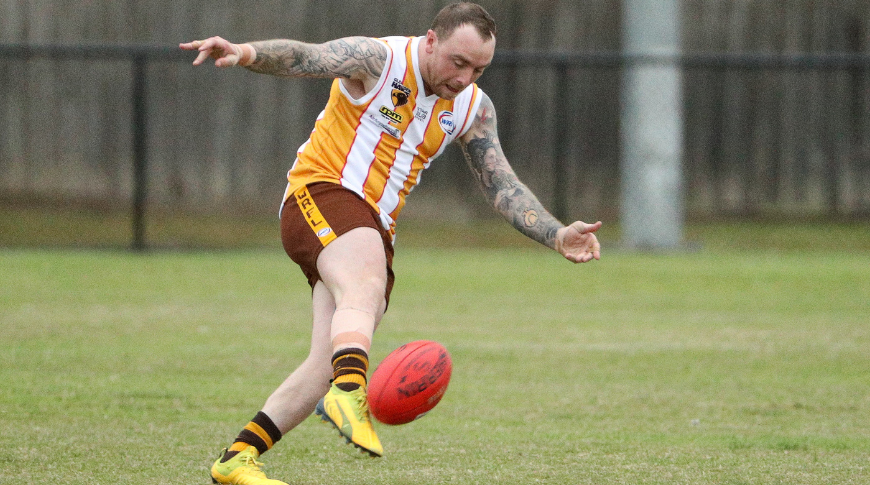 The Magpies were made to work for the win as the Cats jumped out of the blocks with six goals to five in the opening term and a six-point lead.

The ladder-leaders kicked 10 majors after the first quarter to Albion’s three, showing why they are the early season premiership favourites.

Despite the 39-point loss, Albion would be pleased with their performance coming off of a drought-breaking win in Round 4 and will look to make it two wins from three when they host Point Cook Centrals this week.

Parkside travel to Newport in what should be a cracking contest.

North Footscray won its second game of the season, holding off a fast finishing Point Cook Centrals by 11-points.

A strong first half set up the win for the Devils despite finishing with fewer scoring shots than the Sharks (18 to 14), inaccurate kicking hurting the home side late.

The Devils host West Footscray in a local derby in Round 6.

An 11-goal to three second half helped Wyndhamvale cruise to a 82-point victory against West Footscray, showing why they’ll be at the pointy end of the ladder at the end of the season.

A big last quarter from Glen Orden ensured they bounced back from their loss last week, defeating Newport by 43-points.

The Hawks kicked six goals to zero in the final term to win the match.