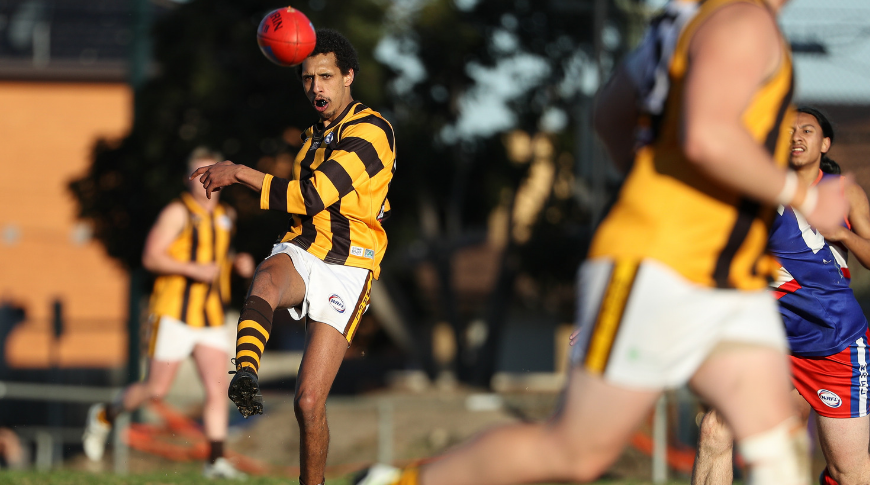 Glen Orden have set-up a showdown with Albanvale in the Division 3 Grand Final after defeating Sunshine Heights in the Preliminary Final on Sunday.

Battling through the powerful winds and rain, both teams were putting it on the line to book their place in the season decider and at half-time, the margin was just five points in favour of the Hawks.

Dillon Hinge kicked seven goals in the victory, while Daniel Rosenzweig kicked three goals in a best on ground display.

It was a disappointing end for the Dragons, who had such an exciting season. They can take plenty of positives from the season and will look to build again in 2020.

The confidence-boosting win will now give the Hawks plenty of momentum as they take on Glen Orden this Saturday in the Division 3 Grand Final.

The last time these two teams met, the Cobras won by 15-points.