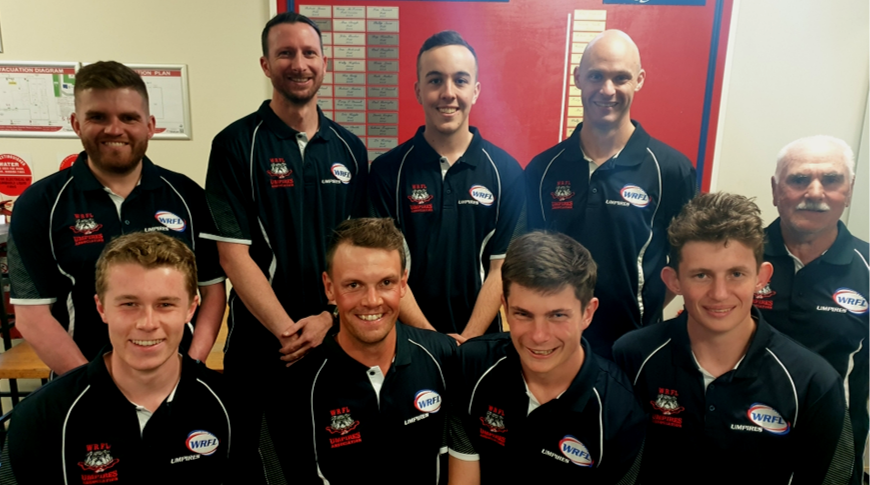 The WRFL Umpires for this Saturday’s RAMS Division 1 Grand Final have been announced.

Adrian O’Donnell, Greg Denison and Noah Piggott will be the field umpires. Paul Battaglia and Daniel Higgins are the goal umpires and running the boundary will be Angus Cameron, Scott Vanstone, Andrew Van Keulen and Jarod Sutton.

“It is an honour and privilege to be entrusted with the job on the biggest day of the WRFL calendar,” he said.

“It’s a reward for what gets harder and harder each year. I am looking forward to what should be a cracker game.”

For 18-year-old Noah Piggott, Saturday will be his first Division 1 Grand Final.

He said the opportunity to officiate the biggest game of the season means a lot to him.

“Accomplishing this is a great way to start my senior umpiring career going forward, which couldn’t be done without all the hard work and support from my family and WRFL umpires,” Piggott said.

Andrew Van Kuelen said getting the opportunity to officiate the Grand Final, meant all the hard work he has put in over the past four years has paid off.

“It just makes all the hard work and commitment over the past four years worthwhile and to be doing it with some of my best mates is just unreal,” he said.

The WRFL RAMS Division 1 Grand Final will be played at Avalon Airport Oval on Saturday at 2.30pm.