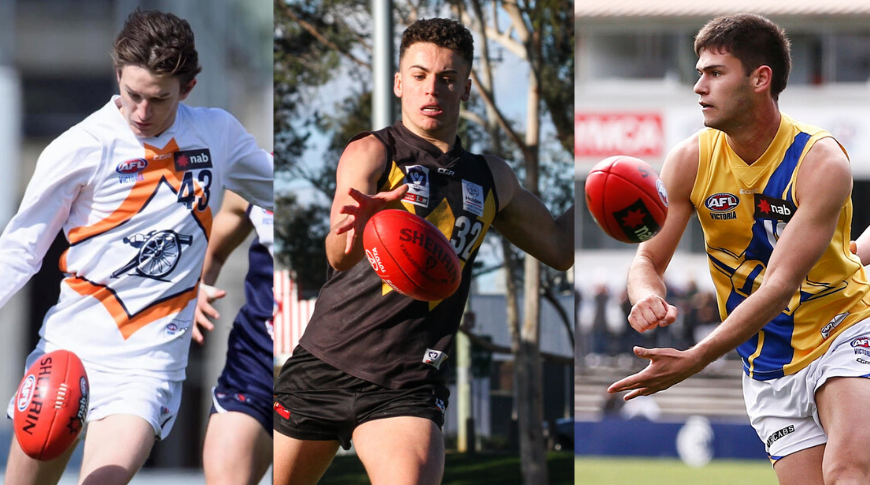 Three former WRFL players have been selected by AFL clubs in the past 24 hours.

Gollant was taken by Adelaide with Pick 48. The lightly-built outside mid has great footy smarts and has clean hands both on the ground and in the air.

Gollant played in St Bernard’s Under 12 Division 1 Premiership team in 2012 and represented the WRFL in Junior Interleague in 2015 and 2016.

“Lachie is a bit of a smoky, not many people would know him, but that’s okay, we knew him pretty well,” Crows National Recruiting manager Hamish Ogilvie said.

“He played on the wing for Calder (Cannons), he is lightly framed and if we let him go and he played again for Calder as a 19-year-old next year, he could have been anything so we are happy to bite him off and take him now.

“He is wrapped, and the family is wrapped. He is a really good mate of Lachie Sholl, they played at the same junior footy club, St Bernard’s, so they are really pleased, and we are pleased to have him.”

Riccardi was selected with the GWS’s third selection of the draft (51st overall) following a pick swap with Collingwood.

“We’ve tracked him for a few years, he was an inexperienced young forward growing into his body at 18 when he played for the Calder Cannons a couple of years ago,” he said.

“We knew he was going to take time and what we saw from him in the back half of the year at Werribee was a great indication that he had come on.

“His finals performances were really encouraging for us and gave us the confidence to know that he was developing.”

Riccardi is another star player from St Bernard’s. He played in back-to-back junior premierships with the club and played with Werribee in the VFL this year.

He joins former teammate Xavier O’Halloran at the Giants. O’Halloran was selected by GWS in last year’s National Draft.

After not being selected in the Draft on Thursday night, Jeka was quickly snapped up by Hawthorn in today’s Rookie Draft.

The 18-year-old possesses raw athleticism and, at 197cm, will pose as an exciting prospect for the Hawks in years to come.