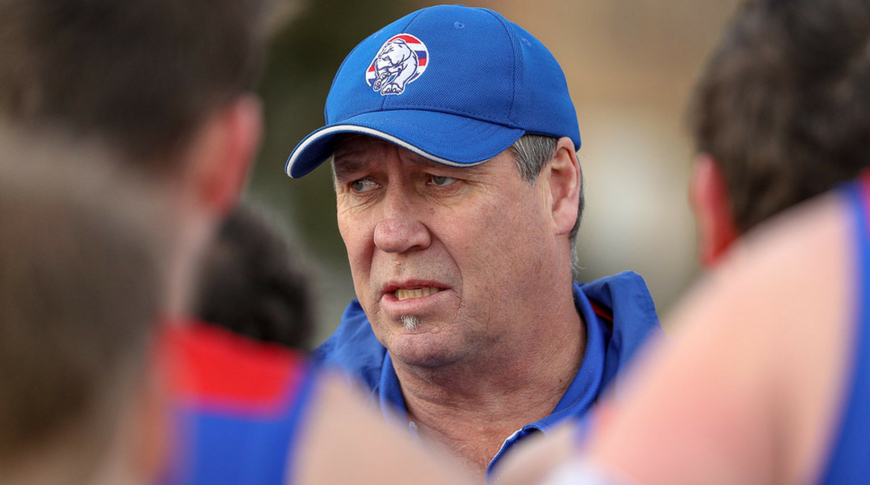 The Point Cook Bulldogs were given a serious fright this week as they were required to come from behind in their thrilling encounter with North Footscray.

Cameron D’Altera kicked a goal after the siren to win the match by two-points, in what was one of the games of the year.

With North Footscray trying to close in on their opponents from third spot, they were superb for the first three quarters of the match, holding a 21 point lead going into the final stanza. Unfortunately for them, this challenge spurred the Bulldogs into action, as they charged home, kicking six goals to three.

The win keeps Point Cook in touch with the Eagles, who are just a single game above them on the ladder. It was a day for bags, with seven from Point Cook’s match winner, Cameron D’Altera and five from the Devils’ Jason Butty. Both sides now move onto another tough contest in Round 13, as the Bulldogs take on Parkside, and North Footscray will face the Newport Power.

Parkside themselves also had to fight from below, overturning a 16 point deficit to finish 12 points ahead of West Footscray. The Roosters will rue their missed opportunities and lack of polish, having led at every break except the one that truly counted. They were kept scoreless by Parkside in the final quarter, while Parkside kicked four goals and four behinds.

The loss appears to have ended West Footscray’s slim chances of making finals, as they would need to overcome a two match gap in a six round space.  The Roosters were led at the front by six majors from Darcy McCallum, who equaled Corey Salvador for the goal kicking lead across the competition.

Manor Lakes made a serious play for a top four berth, thanks to their dominant performance against Albanvale on Saturday afternoon at Howqua Reserve. The 88 point smashing not only kept them tied with Parkside on points, but gave them some valuable percentage heading into the final third of the season. The Storm found a plethora of avenues to goal throughout the game, with seven goals from Ty Priest and four from Brandon Turner.

Elsewhere, the Yarraville-Seddon Eagles kept their grasp on the minor premiership with a strong 62 point win over the Newport Power. The win gives the Eagles a four point lead on top, as they look forward to their encounter with Albanvale in Round 13.