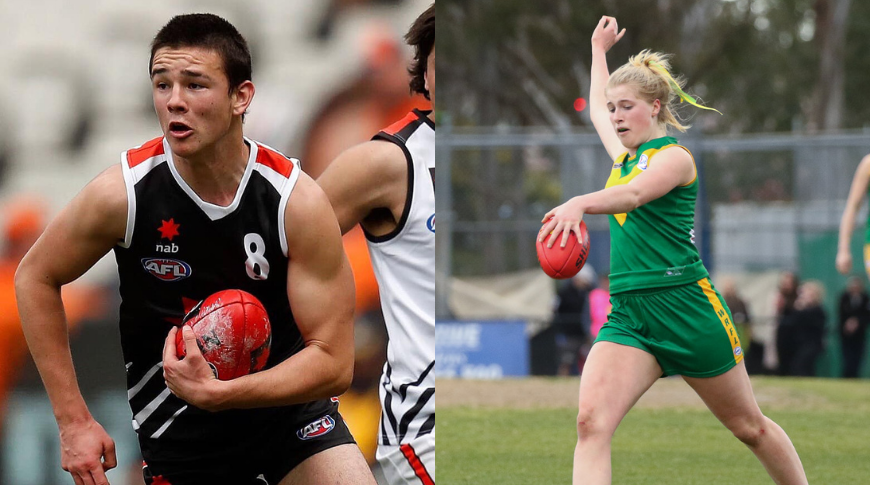 Two WRFL juniors have been invited to the upcoming AFL and AFLW Draft Combines.

Yarraville Seddon Eagles young gun Eddie Ford and Spotswood star Isabelle Pritchard have been invited to Victorian combines, with dates for the respective combines yet to be announced.

Ford, who has been on the draft radar for several years now, is the only player from the Western Jets’ boys program to be invited to the combine.

The talented player has had an impressive junior career, having won two junior premierships and won the 2017 WRFL Under 15 Division 1 Best and Fairest award.

Ford has also represented the WRFL in interleague and played senior footy with the Eagles.

AFL Clubs were asked to nominate their list of preferred combine attendees, with players who represented the NAB AFL Academy at Under-17’s level last year and those who played in the 2019 Grand Final day All Stars clash included automatically.  Ford played in the All Stars match, scoring two goals and registering 20 disposals.

The NAB AFL Draft will be held in the week commencing December 7.

The AFLW Draft will be held online via video conference on October 6 at 7pm.

It is the first time the event will run during the evening and completely online, with the move coming as a response to Covid-19 restrictions.

Pritchard has been involved with the AFLW Academy, representing Vic Metro during last year’s Under 18 Championships.

The Spotswood junior, who only began playing in 2016, has won three junior premierships and represented the WRFL on two occasions.

Both Eddie Ford and Isabelle Pritchard spoke to KA and J on the latest episode of the Players Take, you can listen here.