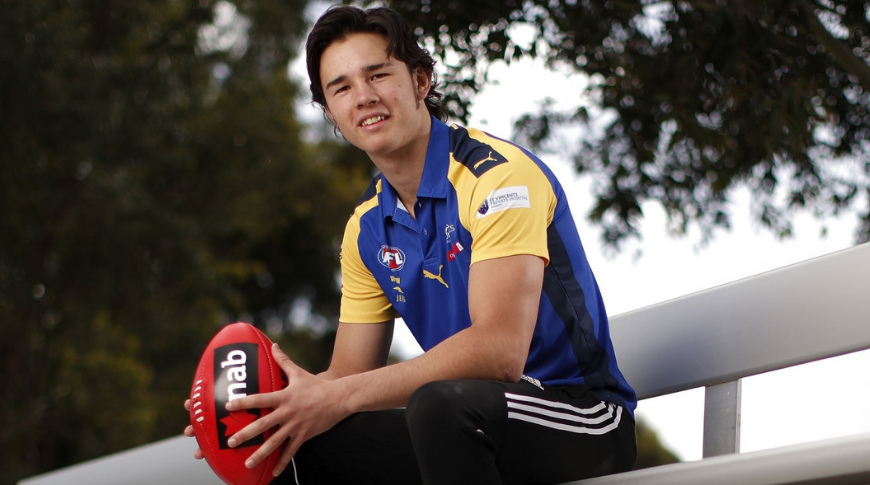 Eddie Ford was made to wait to almost the final pick in Wednesday night’s NAB AFL Draft for his AFL dream to finally become a reality.

The talented WRFL junior, who played with both Point Cook and the Yarraville Seddon Eagles, was selected with Pick 56 in the national draft, taken by North Melbourne.

Described by the Kangaroos as a versatile player, Ford possesses impressive athletic attributes and has strong marking abilities.

“He has speed, power and clean hands while having the ability to take a big mark and kick bags of goals.”

Ford had a decorated junior career in the WRFL, having played in the Eagles’ Under 15 Division premiership three years ago. He also claimed the league’s Best and Fairest award in the same year.

Ford represented the league on two occasions in the Junior Metro Championships.

He also played 13 Division 2 Senior games with Yarraville Seddon in 2018 as a 15-year-old, including playing in the Grand Final.

Ford played 16 games for the Western Jets as a bottom ager last season, averaging 14.1 disposals and 3.7 marks. This culminated into an impressive performance on the MCG on Grand Final day in the AFL Futures match, where he recorded 20 possessions and two goals.