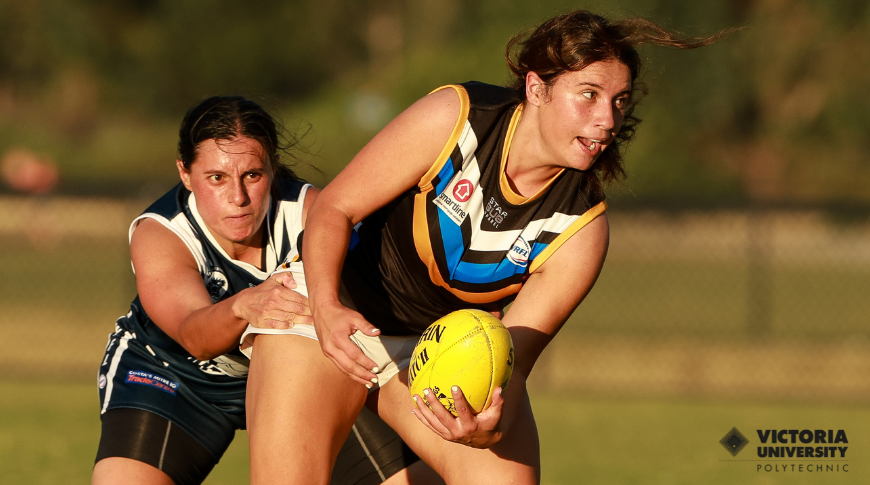 FINALS THE AIM FOR CAROLINE SPRINGS

Caroline Springs’ Division 1 Senior Women’s team is raring to go ahead of their Victoria University Polytechnic match against Manor Lakes.

The Lakers have won three games and lost one match in Division 1 and are 3-2 in Division 2.

Coach Dean Ellis said he was extremely happy and proud of how the group was travelling at this stage of the season.

“The game we lost in Division 1 was in horrible conditions on a Friday night, it could have gone either way,” Ellis said.

“We have had a lot of new players and they are learning to play together. I am really happy with how we are going and can’t wait to get back into it this weekend.”

On the eve of the 2022 season, Caroline Springs added in a second Senior Women’s team.

“Because we added in the second team late, we decided to have the same coaching group coach both teams. The workload is bigger, but we care about all the players, and we wanted to show that we aren’t favouring any of the teams,” Ellis said.

“Both teams are training together. It has been great to see the improvement in the girls.

“We have players that haven’t played before, players that play netball and those on the cusp of being in the Division 1 team.

“Last year we had some players not able to play at all because we had one team, whereas this season, all the players are getting a game and when you get a game the better you get.”

This Saturday, Caroline Springs’ Division 1 team will go head-to-head with Manor Lakes at Howqua Reserve at 10am and the Division 2 team will be playing West Footscray at Shorten Reserve at 1.30pm.

“Every game is a challenge (in Division 1), you have to be ready to go and not take anything for granted because it is a close competition,” Ellis said.

“In Division 1 it will be good test to see where we sit in the competition. We lost to the Sharks but have beaten the teams below us.”

Ellis said the goal for both teams in 2022 was to see them play in finals across both Divisions.