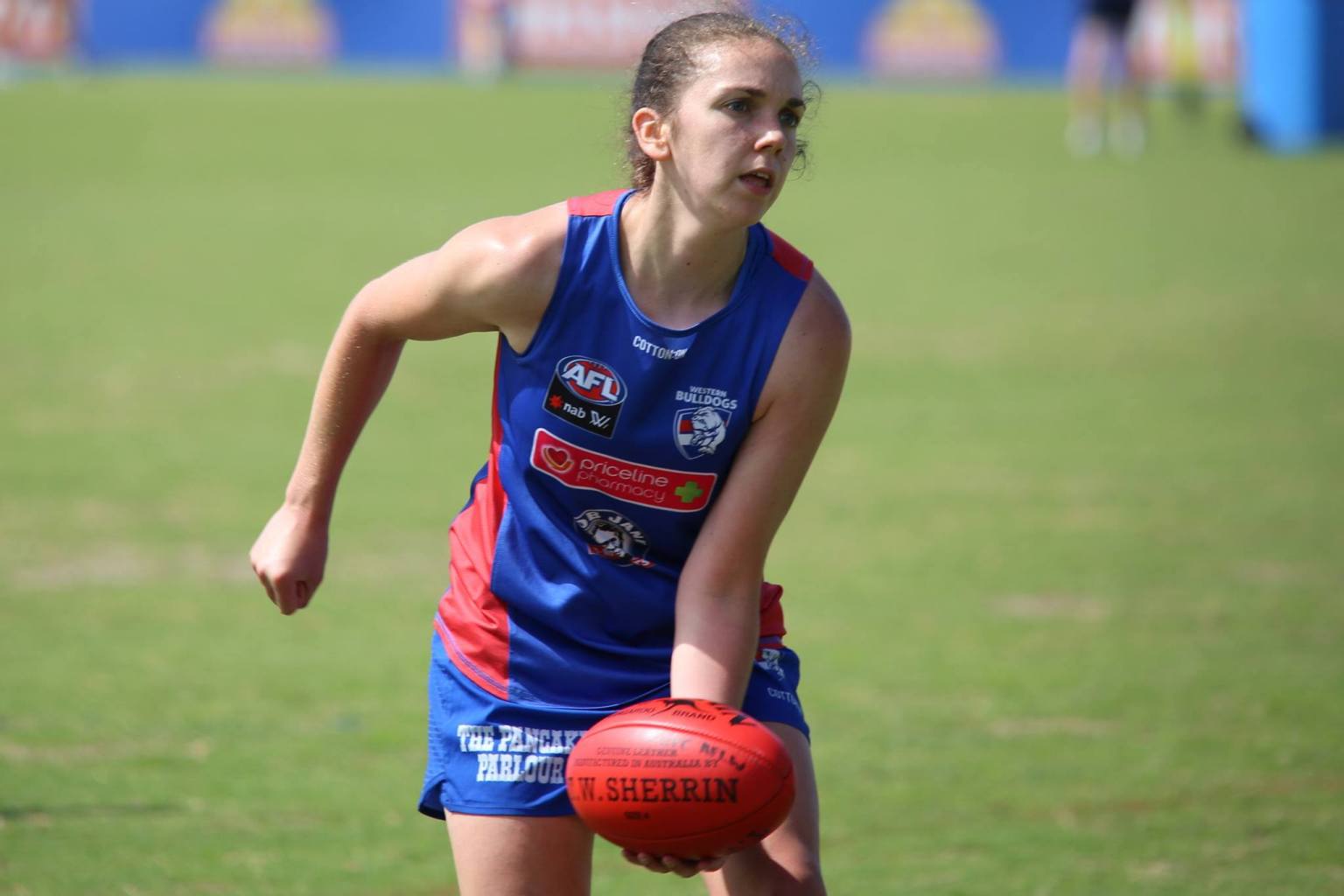 FORMER WRFL junior Naomi Ferres was this week upgraded to the Western Bulldogs Women’s senior list after being selected by the club in last year’s Rookie Draft.

Ferres is in contention to play against Fremantle in Sunday’s opening AFLW round after being selected on an extended bench.

“It’s pretty exciting. I just sort of came into this program to develop and know that I probably wasn’t going to get many games but to know that I can now play and run out there (is a surreal feeling),” Ferres told westernbulldogs.com.au.

“I was sort of expecting maybe towards the end of the season once all the games were done but before the first round is pretty shocking.”

The talented footballer played with both the Werribee Centrals and Wyndhamvale during her junior career.

The Bulldogs will open their 2018 AFLW campaign at Victoria University Whitten Oval against the Dockers on Sunday at 4.35pm.