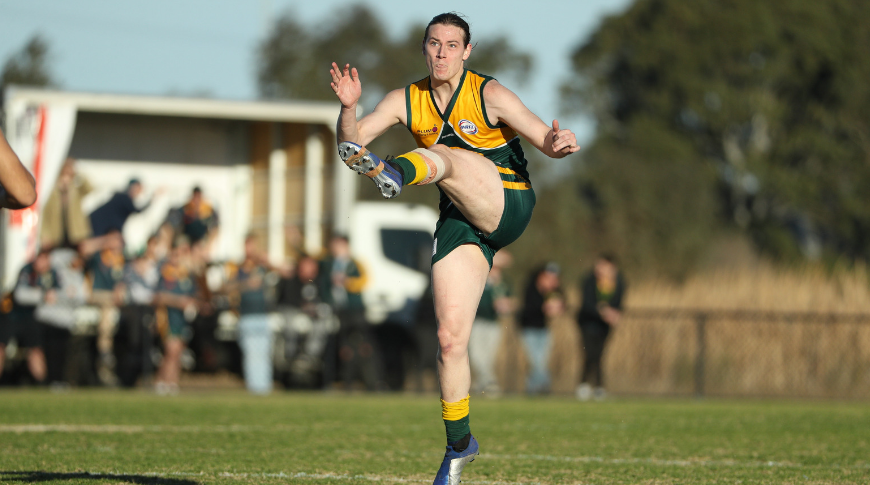 Five goals to zero in the second quarter helped Wyndhamvale cruise to a 47-point win against Parkside, pushing the gap between the two sides on the ladder to three games.

It was a fast-flowing affair in the first quarter as both teams had multiple scoring shots on what was a beautiful winters day for footy, however neither could make the most of its chances. The Magpies had more scoring shots at the first break (nine to eight) but went into quarter time down by four points.

The visitors inaccurate kicking proved costly as the ladder leaders put the foot down, holding Parkside scoreless and extending their lead to 39-points at the half.

Both sides exploded offensively after the restart as the Falcons kicked six goals to Parkside’s five, combining for a total of 22 scoring shots in the third quarter alone, but the Falcons pushed the lead to 47 entering the fourth.

That was all she wrote however as neither team scored in the fourth, Wyndhamvale running out 14.17. (101) to 7.12. (54) winners ahead of what should be a thrilling clash with Point Cook Centrals this week.

Parkside will look to bounce back against Yarraville Seddon as the top four sides will play each other in Round 12.

Neither side could get anything positive going forward as they combined for just one goal in the opening quarter, but six Eagles goals to three in the second term broke the game open and highlighted their game breaking ability.

The second half saw both teams boot six goals as the second-placed Eagles won by 32-points, their eighth win of 2019.

Point Cook Centrals proved too strong for North Footscray, nine goals to two over the second and third terms being the difference as the Sharks won by 50-points.

In a match-up that saw not much go right for the Devils, the home side were all over them. Allowing just 10 scoring shots total and just four goals through three quarters, the Sharks were just too good.