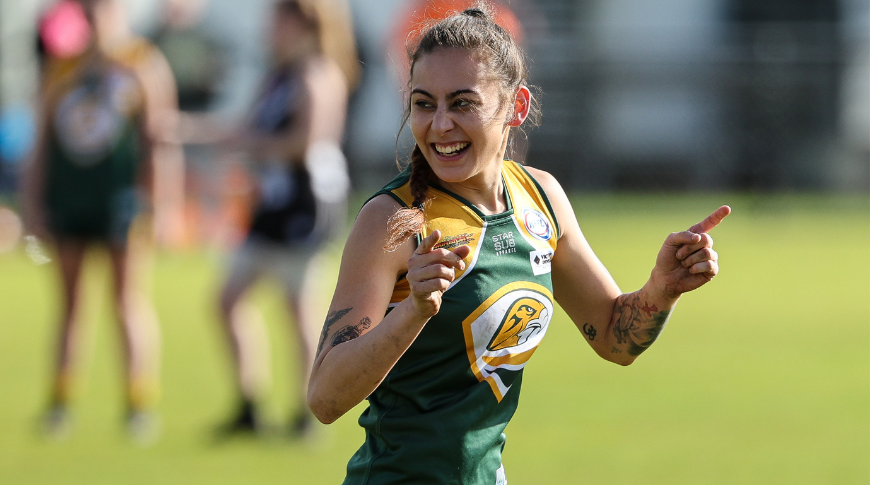 With four rounds to go until the Victoria University Polytechnic Finals Series begins, every game is proving to be important and the round of football at the weekend was no different.

A furious, pressure-fuelled clash between Caroline Springs and West Footscray kicked off the weekend’s proceedings in Division 2 with the home side clinching the win over the Roosters by 11-points.

Chantelle Paris-Webb and Shanae Peterson were instrumental for the Lakers, as they led at every change – keeping the Roosters scoreless in the third quarter.

West Footscray debutant Kayla Edmiston hit the scoreboard for her first major, with Stacey Gardiner and Katherine Belcher among the best.

At Laverton Park, Wyndhamvale executed a commanding victory against the Magpies, winning by a comprehensive 93-points. It was their fourth straight win.

Poppy Popplewell was prolific in front of goals, kicking five goals. Cassandra Turrie was also important for the Falcons.

The hit-out between Point Cook Centrals and North Sunshine looked set to be a one-sided affair from the opening siren, and at half-time led by 104-points.

The game was then unfortunately called off at half-time.

Sharnie Currie kicked four goals in the win, with Mandy Seath and Madeline Johnson each booting two goals, with Johnson playing in her 50th game.

Division 1 sides Yarraville Seddon and Spotswood went head-to-head on Saturday afternoon, with the Eagles going down to their suburban neighbours by 14-points.

Wolves forward Tamsyn Kirk hit the scoreboard with four majors, and her side was able to hold onto the lead, despite a fourth quarter surge from the Eagles.

The visiting side edged out their opposition by a single goal at the final siren, bouncing back after a loss to ladder-leaders Caroline Springs the previous week.

Hoppers Crossing and Caroline Springs met on Sunday to complete the weekend of footy, with the Lakers winning by 136-points.