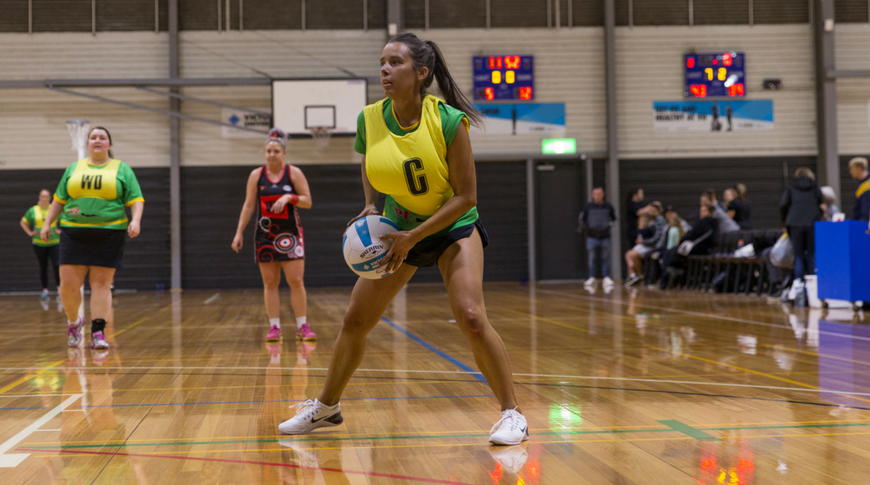 EVEN PERFORMANCE FOR POINT COOK BLUE

Point Cook Blue have bragging rights over Point Cook Red after scoring a 37-goal win in Round 4 of the Victoria University WRFL Netball Competition.

Point Cook Blue came out firing in the opening half, scoring 26 goals and keeping their opposition to just four goals.

Holly Ellul and Jenna Goricanec worked well together in goals in the first half, before the team changed it up in the second half.

The positional changes didn’t diminish their lead, with the team scoring another 26 goals in the second half.

The final quarter was the most competitive, it was also Point Cook Red’s best, shooting nine goals.

As we head into the first bye of the season, Point Cook Blue sit in third position on the ladder, having won three of their first four matches. They boast the best percentage of the competition with 367%.

Point Cook Red are in eighth place on the ladder, with two wins and two losses.

The North Footscray Devils sit on top of the ladder after a comprehensive victory over Albion Cattaz.

Bronnee Loy was one of the best on court for the Devils, while the defenders also put in a clinical performance, keeping Albion Cattaz to just six goals for the game.

Only three goals separated the two sides at the first change, however it was all Spotswood in the remaining three quarters, outscoring their opponents 35 to 26 thereafter.

Spotswood’s win cements their position in the top four as we head into the bye. For Sunshine, they are yet to register a win.

Braybrook Black are sitting in fifth position, with percentage separating fourth and fifth.

The Red Devils threatened a final quarter come-back, but the lead proved insurmountable, losing by 10 goals.

Albion’s win was set-up in the first half. They scored 31 goals to 13 over the first two quarters, giving them the perfect start.

Their defensive efforts were also impressive, keeping Glen Orden to just six goals in the second half.

Finally, Caroline Springs have decided to pull out of the competition. This resulted in Braybrook Red having the Bye.