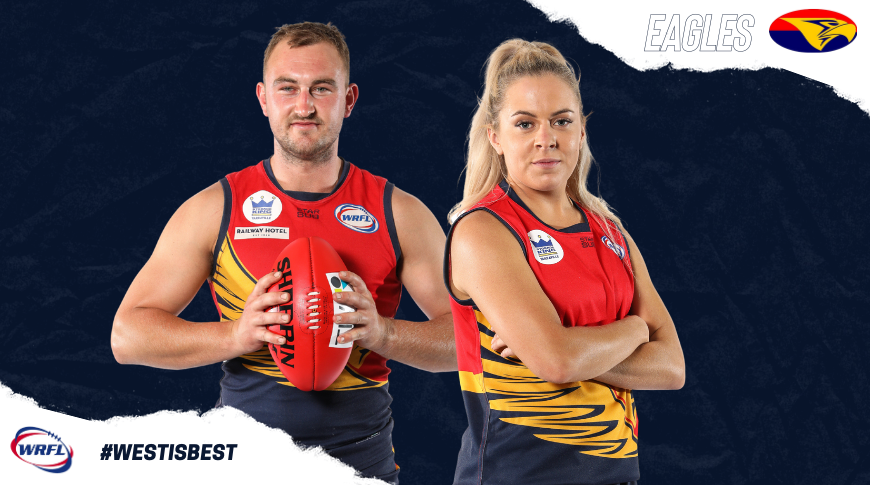 EAGLES READY FOR THE CHALLENGE

Michael Barlow was set to coach the Eagles in their first season in TIV Division 1, however after being offered the head coaching role at the Werribee Football Club, the Eagles job became vacant.

Julier stepped up and took on the job in January.

“It’s been a different approach with coming in late and having to meet a whole new group,” he said.

“But I’ve tried to make the hard work fun and get the group prepared for Division 1 football.”

Yarraville Seddon were promoted to TIV Division 1 after claiming the 2019 Division 2 Premiership against Wyndhamvale.

“We are hoping to be a young and exciting side in 2021, with the intention to build a long and successful stay in the top division,” Julier said.

“The group is well and truly ready and excited about the opportunities ahead.”

The Eagles take on Sunshine at Kinder Smith Reserve in Round 1 on April 10.

The Yarraville Seddon Eagles Senior Women’s team are also preparing for their first-round clash against Caroline Springs on April 17.

Coach Peter Lazzaro says he has missed the camaraderie of the team and was looking forward to playing a game of footy after a long lay-off between seasons.

“I think we be a good honest footy team, that will put pressure on the opposition at all times, move the ball quickly and play team footy,” he said.

In the Eagles’ inaugural season, they recorded seven wins and seven losses.

Lazzaro said this season they are hoping to build on those performances. He said his focus this pre-season was about re-engaging with all players.

“We have lots of new girls, so it’s been about everyone getting to know each other, supporting each other as a team, regaining the culture we developed in 2019 and focusing on our ball skills,” he said.