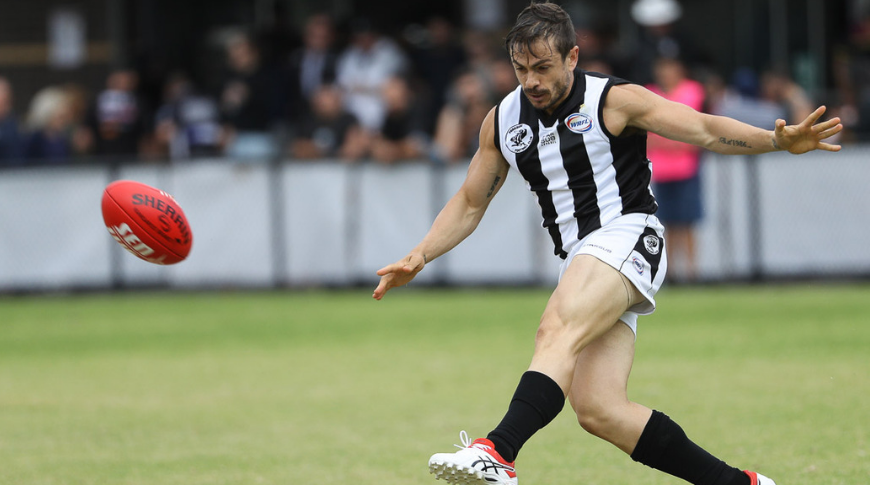 Yarraville Seddon continued its strong form with a 42-point win against Point Cook Centrals, putting them a game clear of the chasing pack in second place.

The Eagles trailed after the first term, but came from behind once again, five goals to zero in the second flipped the game in the favour of the visitors and they were able to cruise to the 15.12. (102) to 9.6. (60) win.

The Eagles defence held the home side to just two goals in the second and fourth quarters combined with the star duo of Jesse Varsamakis (four majors) and Andrejs Everitt (three majors) was too much to handle.

The loss sees Point Cook Centrals slip from third to fourth on the ladder.

West Footscray produced one of the wins of the round, scoring three goals to zero in the final quarter to knock off Newport and earn the club’s second win of 2019.

The Roosters were on top for most of the day, leading after the first two breaks, but were tied going into the final term.

West Footscray came away with the goods behind a huge defensive performance, holding the hosts to just four behinds in the last quarter and running out 10.13. (73) to 7.13. (55) winners.

The Roosters will look for its first winning streak of the season when they travel to face Parkside, a win could see them jump into sixth place on the ladder.

Parkside proved too strong for North Footscray, a strong defensive performance that saw the Magpies hold the Devils to just two goals after the first quarter as the visitors won its sixth game of the year, 11.10. (76) to 5.7. (37).

Drew Vincent led the way for the third-placed Magpies with a best-on ground performance as Brent Kelly added four goals in the 39-point win.